Be flexible on how you lend to SMEs, Ruto tells banks

He spoke during a meeting organized by Kenya national chamber of commerce and industry.

•Ruto admitted that the greatest challenge facing these small enterprises was the concept of financing. 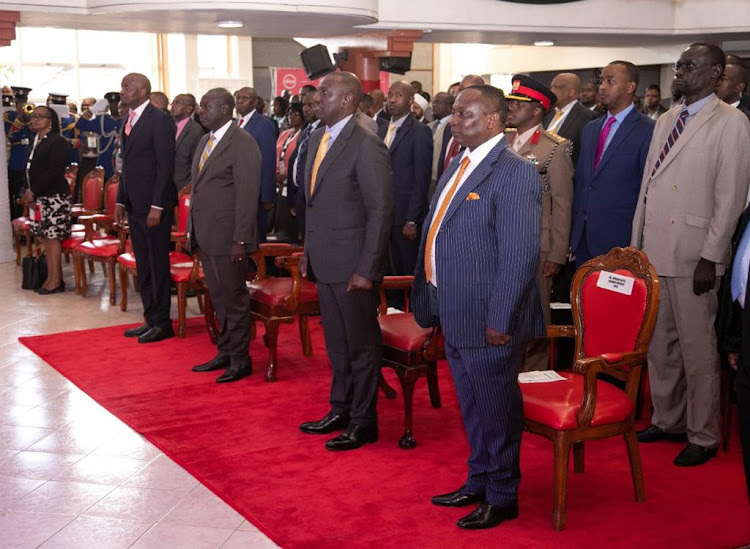 President William Ruto has urged financial institutions to be flexible on how they lend money to micro, small and medium enterprises (MSMEs).

Ruto admitted that the greatest challenge facing these small enterprises was the concept of financing their projects.

“I really want to challenge our financial institutions with tremendous respect that it is time and it possible we inspired the MSMEs to ensure they have access to affordable credit,” he said.

He noted that his administration will work with them as they fashion the Hustler Fund, adding it will be provided at a single-digit rate.

He said the fund which targets the ‘hustlers’ will begin with a simple fee without interest as they progress.

“We want to fire the bottom of the pyramid because that is where the engine of our economy is,” he stated.

In the next 8-12 months, he further disclosed, the government will make available cheaper smartphones that cost less than Sh5,000.

He spoke during a roundtable meeting organized by the Kenya national chamber of commerce and industry.

Trade ministers held virtual meeting on Friday ahead of US summit.
Business
2 months ago
Post a comment
WATCH: The latest videos from the Star
by FELIX KIPKEMOI Political Reporter
News
10 November 2022 - 10:16
Read The E-Paper