• Koome attributes his net worth to his two plots in Kitengela and 37 hectares in his rural home. 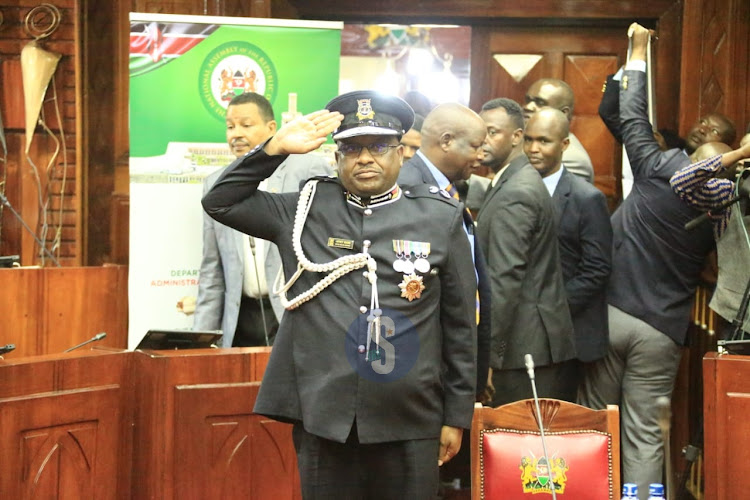 Inspector General of Police nominee Eng. Japhet Koome has told MPs that his net worth is Sh89.9 million.

Koome attributes his net worth to his two plots in Kitengela and 37 hectares in his rural home.

"In liability, I also have a loan of Sh1.1 million," Koome said.

He spoke on Tuesday when he appeared before the National Assembly Departmental Committee on Administration and Internal Affairs and the Senate Standing Committee on National Security, Defense, and Foreign Affairs at Parliament Buildings.

The Inspector General of Police nominee described his nomination as a morale booster to fellow officers joining the service at the lowest ranks.

I'm a morale booster to my colleagues - Japhet Koome

IG nominee has said fellow officers are excited because of one of their own
News
2 months ago
Post a comment
WATCH: The latest videos from the Star
by LUKE AWICH Political Reporter
News
08 November 2022 - 11:23
Read The E-Paper