He has been in power for 36 years since becoming President in January 1986.

• His tight and unrestricted hold onto power was engineered through separate amendments to the Constitution, first in 2005 and then in 2018. 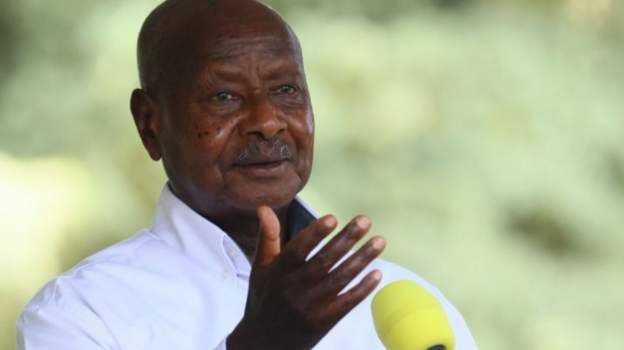 Museveni became President in January 1986 and has been at the helm for 36 years.

His tight and unrestricted hold onto power was engineered through separate amendments to the Constitution, first in 2005 and then in 2018.

Museveni was to hand over power in 2006 but the President in connivance with his allies rallied Parliament to delete a limit of two five-year terms from the Constitution.

Before the constitutional order on term limits kicked off in 1996, Museveni had already served for 10 years.

The constitutional amendment was not smooth sailing though.

Some of the National Resistance senior leaders like then Prime Minister Amaya Mushega opposed the move.

An angry Museveni cracked the whip and sacked ministers who had spoken against the law change.

Ironically, when Museveni took power in 1986, the then firebrand military officer identified clinging to power as one of Africa’s biggest problems.

In 2018, Museveni was again at it. He signed into law a bill that removes presidential age limit of 75 from the country's Constitution.

The move allowed the former military strongman then aged 73, to contest for the presidency in 2021.

The scrapping of the presidential age limit met widespread opposition from civil rights activists, opposition politicians and religious leaders in the country.

Protests broke out but were quickly put down with detentions, teargas and beatings.

At least two people were killed.

Some legislators opposed to the law tried unsuccessfully at various stages to filibuster it and some were suspended from proceedings.

During the final debate on the amendment, some lawmakers scuffled with police.

Museveni is the latest of a growing list of African leaders who have either changed the law or used other tactics to thwart opponents and hold onto power long after their tenure has ended.

In Burundi, Democratic Republic of Congo and South Sudan, such moves have provoked instability.

Debate about a similar move is currently raging in Kenya after a UDA lawmaker revealed that such plans are being mooted by the coalition.

Fafi MP Salah Yakub said MPs affiliated to the Kenya Kwanza outfit are keen on seeing the Constitution amended to replace the two five-year term limit with an age limit of 75.

According to the first term MP, Kenyans can ill afford to make the same mistakes they made when former President Mwai Kibaki was forced to retire at the end of his two terms even as Kenyans still yearned for more of economic transformation.

The Ugandan first son has been causing a frenzy on social media over recent remarks.
News
2 months ago

There will be no lockdown over Ebola, Museveni says

He however, urged the public to observe the safety measures in place.
News
3 months ago

Muhoozi: I can only repay my mother by being Uganda's president