Man gets three years for killing another over girlfriend brawl 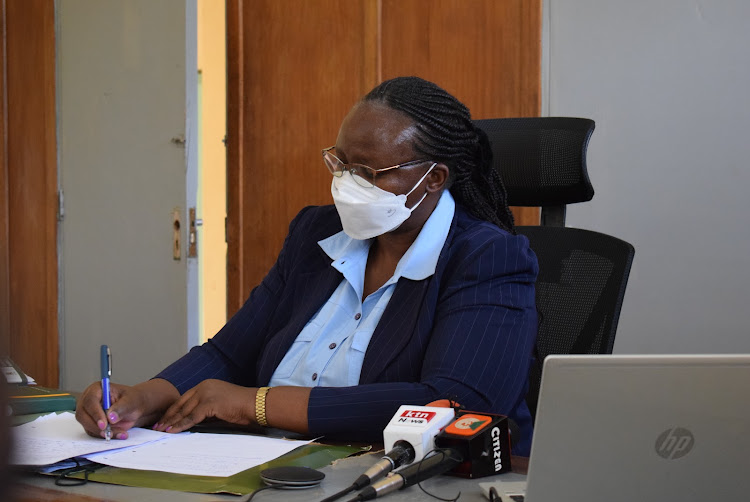 A man charged with killing a boda boda rider in brawl over a girlfriend has been sentenced to three years on probation.

Edwin Onyango Omudho allegedly cut the man's head with a panga on claims that he had snatched his girlfriend.

Omudho was convicted on his own plea of guilty upon a plea bargain for a lesser charge of manslaughter.

He had initially been charged with the murder of Stephen Omondi in Siaya.

The judgement was delivered on November 1 by Justice Roselyne Aburili.

The judge started by quoting, “do to others what you expect them to do to you, and live and let live."

She said that should be the mantra for all persons because life is sacrosanct and no person has the license to scoop life out of another and get away with it.

The judge had considered the circumstances under which the deceased met his death on March 3, 2022, after he went to attack the convict while armed with a panga, which the convict snatched and used it to cut him thereby inflicting on him fatal injuries.

“Considering the mitigations and circumstances under which the offence was committed, despite loss and indeed condolences go to the victim’s family who have to live without him.

"This court finds that as recommended by the probation officer, the convict herein deserves lenient sentence,” she said.

Aburili sentenced the convict to serve probation for three years under close supervision and counselling.

The prosecution's case was that on the fateful day, and in broad daylight, the deceased went armed ready to kill the convict claiming that the latter had snatched him his girlfriend.

Both the victim and the convict were married although in unstable relationships.

The court further heard that the accused did not cut the victim once or twice but severally. He therefore used more force in self defence, which was not absolute.

Further, Omudho had suffered a disability upon being involved in an accident before the incident. He sought for forgiveness from the deceased’s family.

The judge also considered a Presentence Report filed by Milton Kasera on October 27, 2022. It revealed that the convict was a married man and had separated with his wife who works as a house help in Kisumu.

That he was known to be well behaved and hardworking despite his disability although it is not indicated as to what economic activity he engages in for a living.

The court further heard the deceased was reported to have been married with six children and lived in an unstable marriage. He was in a previous marriage but they separated and the wife left him.

The deceased was a boda boda rider with a poor behavioural record and used to abuse drugs, according to the community.

In his mitigation, Omudho prayed for leniency saying he regretted the incident.

He said the deceased, while armed with a panga, attacked him at his house, with the intention of cutting him.

Omudho said Omondi accused him of seducing his girlfriend.

Man kills self, wife and son in suspected domestic row

They are suspected to have died by suicide and murder in Kibaratani village in Ndia, Kirinyaga.
Counties
2 months ago

Clement Odhiambo is expected to be arraigned in court today.
Counties
2 months ago

On the radar today: Kidnapped Kenyans taken to Somalia

Key activities and events lined up for today.
News
2 months ago
Post a comment
WATCH: The latest videos from the Star
by CAROLYNE KUBWA Court Reporter
News
04 November 2022 - 16:05
Read The E-Paper