MCAs voted unanimously in support of the recommendations of the committee

•The MCAs cited a lack of knowledge of administrative, as well as topical, and technical issues affecting their departments. 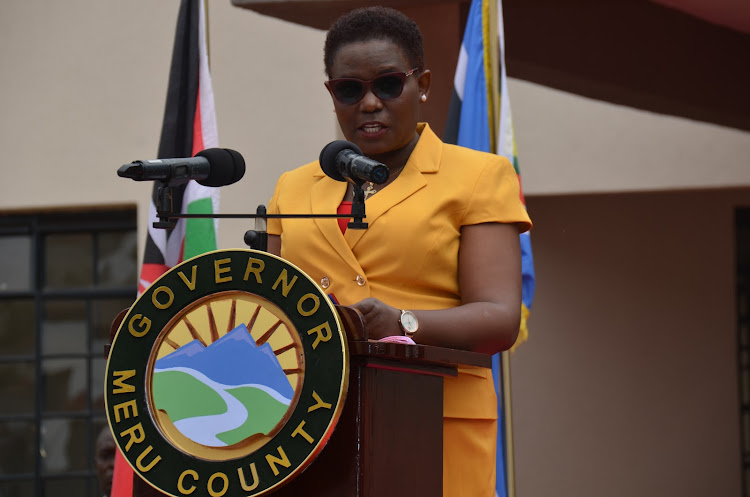 Meru MCAs have dealt a big blow to Meru Governor Kawira Mwangaza by rejecting seven out of 10 nominees to her executive.

The MCAs cited a lack of knowledge of administrative, as well as topical, and technical issues affecting their departments on the part of nominees.

The MCAs voted unanimously in support of the recommendations of the committee on appointments.

There has been bad blood between Governor Mwangaza and MCAs.

Last week the Council of Governors chairperson Ann Waiguru met Meru MCAs leadership to draft measures to bring to an end the stalemate between them and Governor Mwangaza.

Governor Mwangaza has softened her stance and invited the MCAs on Thursday to her residence for talks.

“May I take this opportunity to invite all the Honorable Members of The Meru County Assembly led by Hon? Speaker Ayub Bundi and All Meru Members of The National Assembly led by Their Chair Hon. Mutunga Kanyuithia and Hon Senator Kathuri Murungi (Deputy speaker senate For a Consultative Meeting on 3rd of November 2022 at Meru Governor's official Residence at 9 am,” Kawira wrote on Facebook Monday evening.

Kawira had rejected their pleas to factor in Ward Fund in her budget.

The governor even wrote to the controller of the budget, the Auditor General and the Commission on Revenue seeking advice on Ward fund allocations.

Post a comment
WATCH: The latest videos from the Star
by GERALD MUTETHIA Correspondent, Meru
News
01 November 2022 - 19:15
Read The E-Paper