He said that failure to recover the stolen funds, the new cabinet will be corrupt.

•Ahmednasir's sentiments come after the just concluded appointment, vetting and swearing-in of the CS.

•The vetting process saw the CS declare their wealth and the source of their wealth as a tool for corruption prevention among public officers. 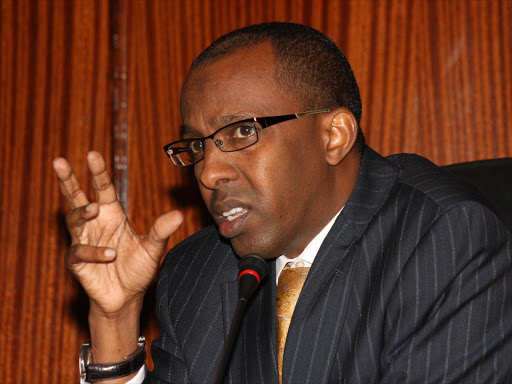 Lawyer Ahmednasir Abdullahi has said that the new President William Ruto's regime must fight to recover funds stolen in the last government first.

In a statement on Sunday, he said that failure to recover the stolen funds will occasion massive looting in his regime.

Ahmednasir's sentiments come after the just concluded appointment, vetting and swearing-in of the CS.

The CSs were sworn in on Thursday at State House, Nairobi.

She said Jumwa's story was an inspiration to marginalized girls.
News
2 months ago

This will be Mutua's first official visit after being sworn into office.
News
3 months ago