Climate change blamed for death of fish in Lake Victoria 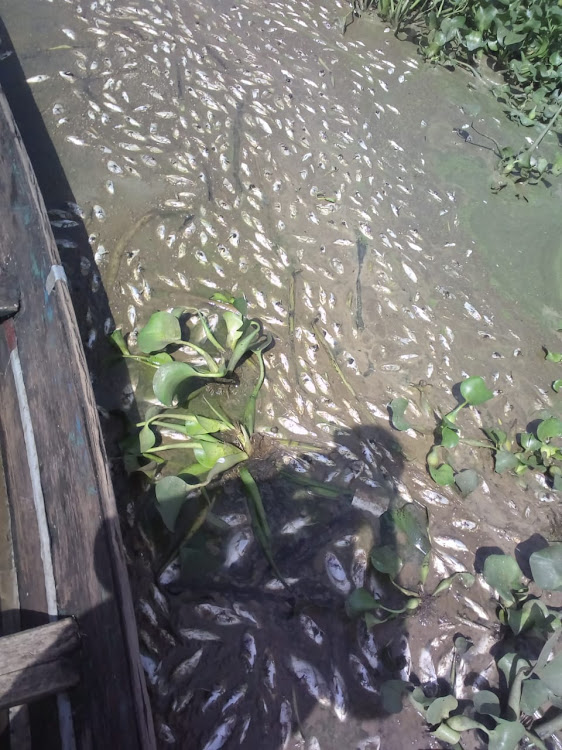 Experts have attributed the deaths, reported two weeks ago, to climate change.

Kenya Marine and Fisheries Research Institute said sedimentation of organic materials and nutrients in the lake and blooming of red algae also contributed to the deaths.

Western and Nyanza regional fisheries coordinator Samson Kidera explained that the sudden increase in temperature in the lake region increased biological activities in the water, leading to an increase in decomposition.

“When there is a differential change of temperature, there is stratification whereby the cold upper water mixes with the warm bottom water and the constant pounding of the waves dirties the water, therefore increasing decomposition of algae, which lowers the level of oxygen concentration thus causing suffocation of the fish,” he said.

Climate change, Kidera added, causes the water to warm and algae to bloom, which depletes oxygen in the water, suffocating the fish.

He said most of the deaths occurred in the shallow waters and advised farmers to instal their cages in deeper waters.

Kidera also advised farmers to remove the dead fish and rotten water hyacinths from the lake to avoid further decomposition, which will continue to reduce oxygen concentration and cause more deaths.

David Mbarani, a fish cage farmer from Seme subcounty who was among those affected, said he had been hoping to make a profit before the end of the year.

“The first batch was a loss because there was catfish that was feeding on the growing tilapia, prompting me to buy the bigger cage to separate them. I expected a big profit in the next harvest but this tragedy struck,” Mbarani said.