• Machogu said that his wealth is in the form of apartments, land and vehicles, distributed across the country. 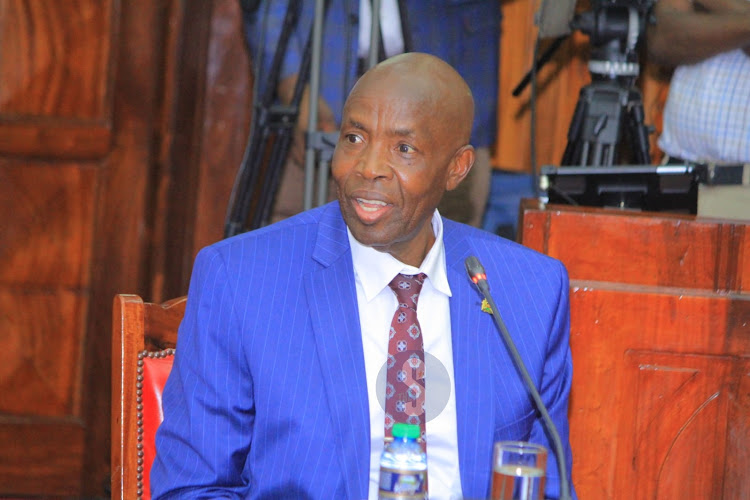 Education Cabinet secretary nominee Ezekiel Machogu has said that he has a net worth of Sh590 million.

Speaking on Friday when he appeared before the National Assembly Committee on appointments, Machogu said that his wealth is in the form of apartments, land and vehicles, distributed across the country.

"Buildings in Nairobi, three in Eastlands, I have another in Pangani area, an apartment in Milimani, Kileleshwa and another one near Yaya centre. I have an apartment in Mombasa, Shanzu area and Ngong, a piece of land which I slightly quarter an acre where there is a car bazaar along Ngong Road.

"I own a plot in Kisii it is not built yet and 30 acres of land in Kisii. I own vehicles, a Mercedes Benz and a V8," he said.

He was the third to appear for vetting on Friday.

He is also a former District Commissioner and former MP Nyaribari Masaba.

Post a comment
WATCH: The latest videos from the Star
by BRIAN ORUTA Digital Journalist
News
21 October 2022 - 14:48
Read The E-Paper