It is in the form of land and dividends from shares she owns.

• Wafula spoke when she appeared before the National Assembly Committee on Appointments at County Hall, Nairobi.

• If approved by Parliament, Wafula will take over from outgoing Health CS Mutahi Kagwe. 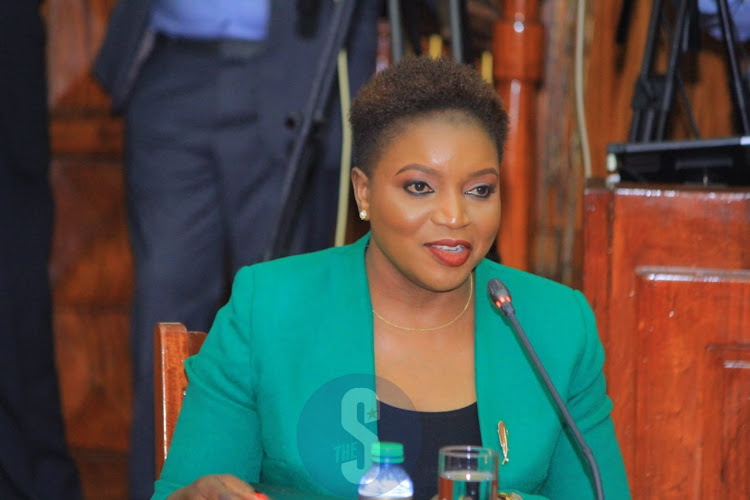 She told MPs vetting Cabinet nominees on Wednesday her properties are mostly in the form of land spread across four counties.

"My net worth is about Sh101 million composed of a town house that I own in Syokimau and land in Kangundo. I have land in Trans Nzoia, Bungoma, Kakamega county," she said.

Wafula said that she has shares and deposits in Waumini Sacco and UN women saccco.

She added that she has dividends from where she has placed  her shares.

Wafula spoke when she appeared before the National Assembly Committee on Appointments at County Hall, Nairobi.

She is among the 22 Cabinet nominees proposed for appoitnment by President William Ruto.

If approved by Parliament, Wafula will take over from outgoing Health CS Mutahi Kagwe.

How rich? The wealth of Ruto's Cabinet Nominees

The nominees were asked to reveal their financial net worth.
News
3 months ago

Is vetting of Cabinet secretary nominees necessary?
Poll of the day
3 months ago

CS nominees for Foreign Affairs, Water were put to task over unclear end of graft probes
News
3 months ago
Post a comment
WATCH: The latest videos from the Star
by PERPETUA ETYANG
News
19 October 2022 - 18:46
Read The E-Paper