How ex-president Uhuru is spending his retirement days

•Ruto appointed him as the peace envoy for the Great Lakes Region and the Horn of Africa.

•Over the weekend, he was at Partakilat Primary School, Lolgorian, honouring his promise to the school children. 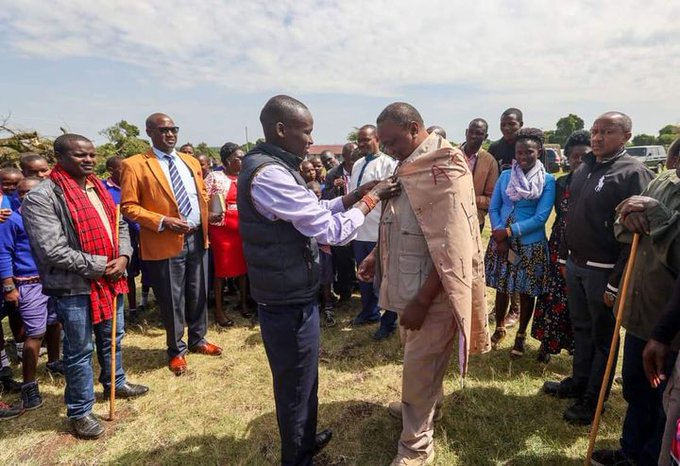 Former President Uhuru Kenyatta appears to be enjoying his retirement just a month after leaving office.

He handed over power to his former Deputy President William Ruto on September 13 in a smooth transition witnessed by Kenyans as well several heads of state and governments.

He didn’t reveal what was next for him after he left office, but Ruto appointed him as the peace envoy for the Great Lakes Region and the Horn of Africa, which will make the former president continue chairing regional peace interventions on behalf of the Government of Kenya.

This came on the sidelines of the meeting at State House Nairobi.

Uhuru is the EAC facilitator on the Peace Process in the Democratic Republic of Congo and the Peace envoy for the conflict in Ethiopia.

A day later, he was spotted in Narok county walking within the premises of Zebu Hotel where he is believed to have taken lunch.

In photos shared online, Uhuru, wearing a casual look, a red and black horizontal striped shirt and khaki trousers, was seen walking around the luxurious lodge by himself.

In another photo, he was seen speaking to the hotel's staffers/

Over the weekend, he was at Partakilat Primary School, Lolgorian honouring his promise to the school children. 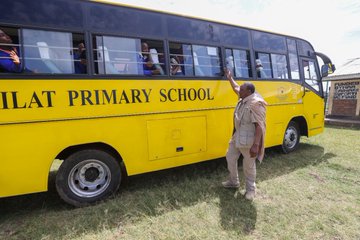 Uhuru delivered a 53-seater bus, a promise he made before the August polls.

As reported by Nation Africa, Uhuru's team went to the facility and ordered food for ‘special’ guests.

"It was an ordinary reservation made for about 10 people and to our surprise, the former President and his entourage made a grand entry," the hotel source told Nation Africa.

The former President is believed to have travelled by road with a motorcade of six vehicles from Nairobi. 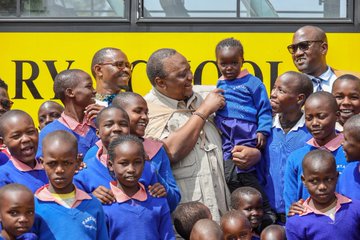 Mathuki's meeting with Uhuru came on the sidelines of the meeting at State House Nairobi.
InPictures
1 month ago
Post a comment
WATCH: The latest videos from the Star
by MAUREEN KINYANJUI News Reporter
News
17 October 2022 - 08:48
Read The E-Paper