Among the injured is an eight-year-old boy who was shot in the head. 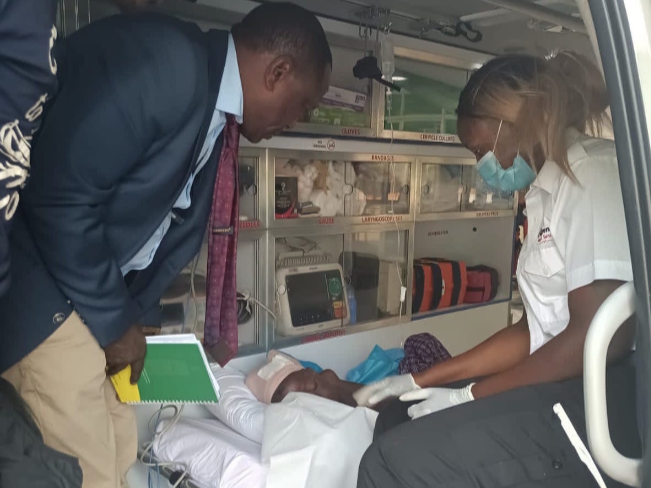 Laisamis MP Joseph Lekuton and medics from Amref receive an 8 year old boy who was injured by bandits in Marsabit at Wilson Airport on October 5, 2022- handout

A police officer was shot and killed in an ambush by gunmen in Qubi Kalo area in Marsabit county.

Constable Brian Leyian died after being hit in the head after he and his colleagues ran into an ambush Wednesday morning.

Another officer and an eight-year-old boy were injured in the attack that also saw more than 1,000 animals stolen.

The boy was shot in the head and later airlifted to Nairobi for specialised treatment while the officer was taken to Marsabit Referral Hospital with injuries in the chest and later flown to the city.

Laisamis MP Joseph Lekuton and his Saku counterpart Dido Ali Raso condemned the incident and called for urgent measures to stop the attacks.

He called on the government to beef up security and mop up illegal firearms in the region.

"If the bandits can kill the security officer dispatched by the government to protect the people and their properties, how safe are the residents?" he asked.

Lekuton called on the members of the public to work with security agencies to ensure criminals are brought to book.

County commissioner Paul Rotich said 52 animals were recovered in an operation on Wednesday while the search for remaining livestock is ongoing. 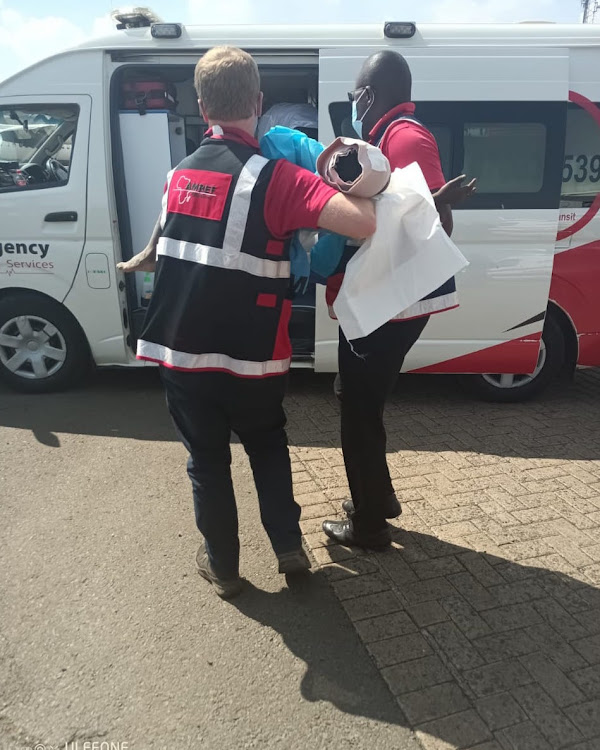 Medics from Amref receive an 8 year old boy who was injured by bandits in Marsabit at Wilson Airport on October 5, 2022- handout

A contingent of police officers from Kenya Police, General Service Unit, Rapid Deployment Unit and Quick Response Unit were on patrol when they were ambushed by the gunmen.

The gang escaped after the ensuing shootout that left the officer dead and his colleague with serious injuries, police said.

The attackers had earlier on attacked villages in the area and were escaping after stealing animals.

Reinforcements were sent to the area to pursue the attackers but in vain.

Eastern regional police boss Rono Bunei said the clashes are worsening as they are threatening the stability of the area.

"We urge local leadership to come together and address this menace," he said, adding that they had sent more security teams to pursue the attackers.

Clashes and livestock theft are part of ongoing animosity between communities in the area that have left many dead and others displaced in the past year.

Most parts of Marsabit county were under curfew which was lifted before the August 9 general election.

A security operation was started on May 2 and ran in tandem with a disarmament exercise targeting illegal guns and ammunition in the county.

Just over 300 guns, around 3,000 ammunition, a grenade and assorted bayonets have been surrendered or recovered.

Officials said they needed to recover more guns and vowed to review the operation.

They said they believe there are still about 3,000 guns in the wrong hands which are responsible for the chaos in the county.

The animosity between the Borana and Gabra communities has progressively boiled over, amid concerns that political leaders frustrated previous attempts to pacify the area.

The rival groups have been armed and transformed into competitive political militias meting out violence on innocent civilians in what has become one the costliest security challenges in the country.

Post a comment
WATCH: The latest videos from the Star
by ABDIKADIR CHARI and CYRUS OMBATI
News
06 October 2022 - 09:50
Read The E-Paper