The main suspect, proprietor in the business, managed to evade the police dragnet.

•Mlolongo assistant county commissioner Dennis Ongaga said the 5,050 litres of kangara and 10 litres of chang'aa were confiscated during a crackdown operation on illicit brews in the entire division.

•Ongaga said the operation was conducted by National Government Administration Officers which included chiefs, their assistants and himself. 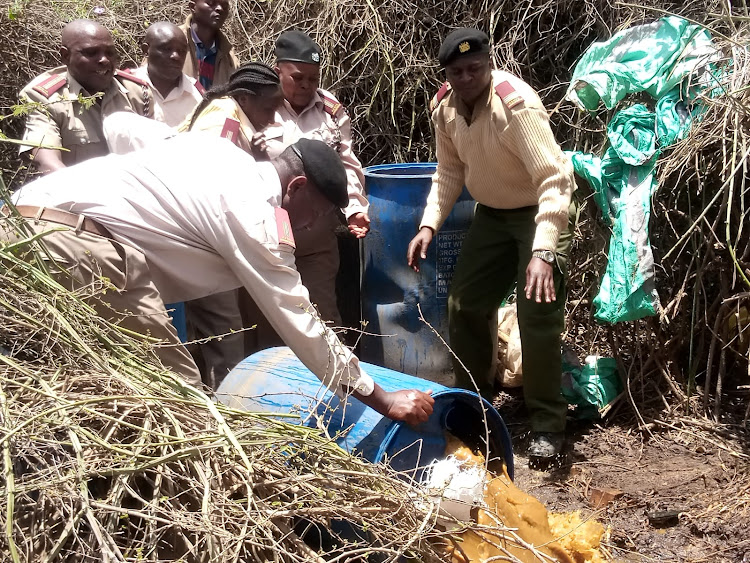 A man has been arrested and 5, 060 litres of illicit brew confiscated in Mlolongo, Machakos County.

The man was nabbed after he was found at a brewing den located along Mto wa Mawe River in Ngelani, Athi River subcounty on Thursday.

Mlolongo assistant county commissioner Dennis Ongaga said the 5,050 litres of kangara and 10 litres of chang'aa were confiscated during a crackdown operation on illicit brews in the entire division.

Ongaga said the operation was conducted by National Government Administration Officers which included chiefs, their assistants and himself.

He led the operations that were executed in Mlolongo, Mulinge scheme, and Mto wa Mawe River areas all located in Mlolongo and Katani locations. 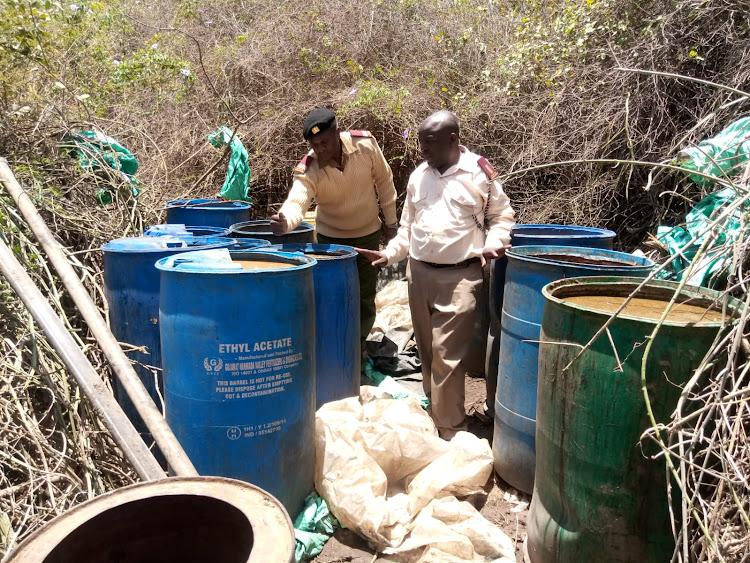 The arrested man suspected to be one of the workers at the outlawed brewery was locked up at Mlolongo police station awaiting to be arraigned in court on Friday.

The officers destroyed brewing apparatus during the exercise.

"The NGAO Mlolongo Division, ACC Mlolongo, Chiefs and assistant chiefs from Mlolongo and Katani locations conducted a crackdown and managed the following; one brewer arrested with 10 litres of chang'aa, 5, 050 litres of Kangara destroyed, chang'aa fermentation and distillation apparatus confiscated and destroyed," Ongaga said.

The administrator addressed reporters during the crackdown operations.

He said village elders from the division also helped in the crackdown.

"These were intelligence led operations. We had information that there was a notorious illicit liquor brewer dealing in our area. The Kangara was stocked in 24 drums, all which we destroyed," Ongaga said.

He urged the public to coperate in the war against illicit liquor trade in the area by volunteering information to security apparatus for swift action.

Ongaga said the raided illicit brewer operated inside a thicket along the river.

He said the main suspect, proprietor in the business, managed to evade their dragnet.

Ongaga said they were in hot pursuit of the man who moved to the area from Mukuru Kwa Njenga slum in Nairobi County. 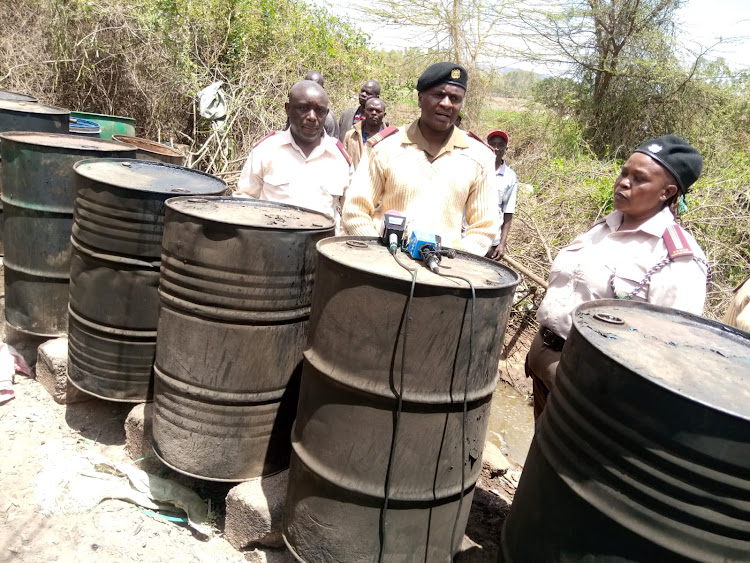 "The man is wanted by security apparatus. I warn all those who deal in whatever form of illicit trade in Mlolongo Division that their days are numbered, " Ongaga said.

He said the crackdown will continue to rid the entire division of illicit brew.

The arrests come barely a month after a police officer was shot dead while others sustained injuries during a raid of an illicit breweries in the same division.

The slain officer is said to have been killed after three thugs on a motorbike attacked them during the night raid.

No suspect was arrested in connection to the incident.

Post a comment
WATCH: The latest videos from the Star
by GEORGE OWITI Correspondent - Machakos
News
30 September 2022 - 00:51
Read The E-Paper