•The seat will fall vacant once MP Alice Wahome resigns to take up a cabinet secretary role. 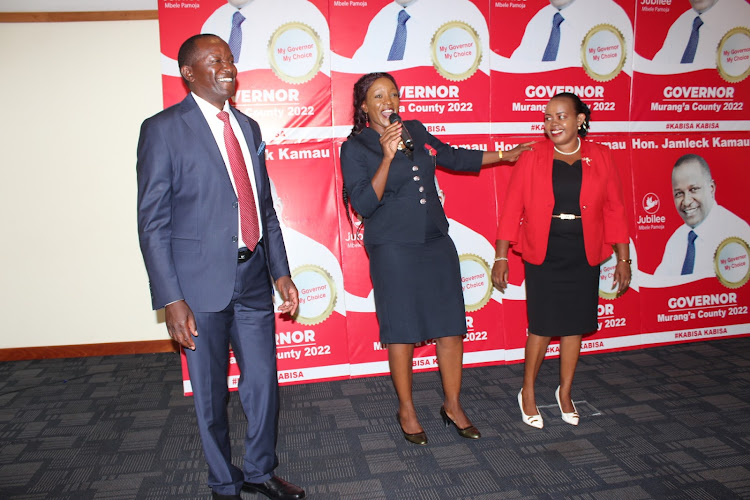 The seat will fall vacant once MP Alice Wahome resigns to take up a cabinet secretary role.

President William Ruto appointed her CS for Water and Sanitation.

Speaking to Star, Waithira Muithirania said that she will defend the seat on president Ruto’s UDA party.

Waithira Muithirania unsuccessfully vied for the woman rep position on the Jubilee ticket in the August election but lost to a UDA candidate.

In 2017, Muithirania contested against Sabina Chege but lost.

“I will be contesting for Kandara MP Seat on UDA party and I’m optimistic that I will be elected," she said.

She will be expected to face off with Chege Njuguna, Former Murang’a deputy governor Maina Kamau, Julius Kaberere, and Peter Kinyanjui.

Also said to be in the race include Lucy Ngugi, the former Murang’a Deputy Speaker and the county’s Maendeleo ya Wanawake chair.

Others nominated to the cabinet include Elgeyo Marakwet Senator Kipchumba Murkomen, and Garissa Town Member of Parliament (MP) Aden Duale.

The three now join Senator Moses Wetangula who was elected as the Speaker of the National Assembly, therefore, necessitating a by-election to pick a new senator to represent the people of Bungoma in the Senate.

President William Ruto made the proposal on Tuesday when naming his cabinet.
News
2 months ago

Ruto is honourable, he has rewarded loyalists - Mutahi Ngunyi

He said politics thrive in loyalty not competency.
News
2 months ago

Wamunyinyi and Makali bury hatchet, promise to work together

The DAP-K leader has asked Kanduyi residents to work with the MP and to transform the constituency.
Counties
2 months ago

The region got seven out of the 22 Cabinet slots
News
2 months ago
Post a comment
WATCH: The latest videos from the Star
by AMOS NJAU and @Njaumburuh
News
28 September 2022 - 21:59
Read The E-Paper