The announcement was made on Tuesday.

•Kindiki is to take over from Fred Matiang'i who was the CS under Uhuru Kenyatta's government. 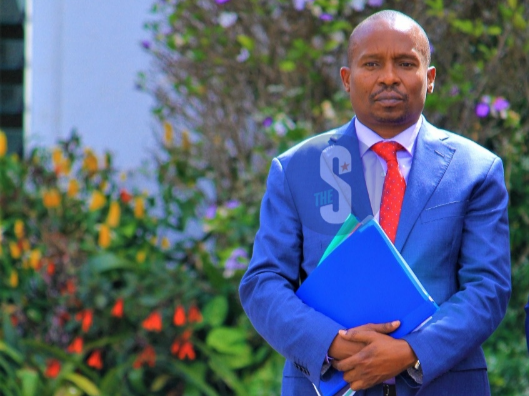 Kindiki is to take over from Fred Matiang'i who was the CS under Uhuru Kenyatta's government.

The former Tharaka Nithi senator played a key role in the Supreme Court contest, having also served as the President-elect's chief agent in the August 9 poll.

Kindiki was among a team of 54 lawyers who represented Ruto at the supreme court.

Before his nomination to the Interior ministry, Kindiki had expressed his interest to run for the seat of governor in Tharaka Nithi County.

But he later shelved his ambitions upon a request by Ruto to join his national campaigns.

'That office is the most senior after that of the president and DP office," Ruto said.

The meeting was attended by all cabinet secretaries.