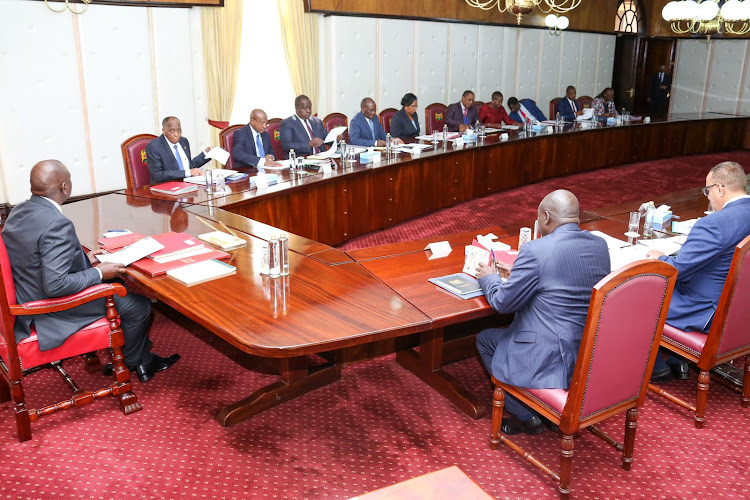 The unveiling of the cabinet came shortly after he held his inaugural cabinet meeting with former cabinet secretaries who served under former  President Uhuru Kenyatta.

Addressing the nation from State House Nairobi, the President unpacked to Kenyans the men and women who he entrusted with the responsibility of delivering his manifesto to Kenyans.

The nominated Cabinet Secretaries will however be vetted in parliament.

Here is the full list of his Cabinet members:

Secretary to the cabinet - Mercy Wanjau