They have accused SRC of interfering with their CBA negotiations and implementation.

• They say SRC has become an impediment to the continuous social dialogue between workers and the employers.

• They cited a case where KMPDU had negotiated and agreed with Kenyatta National Hospital on issues pertaining to the workers' pay at the facility. 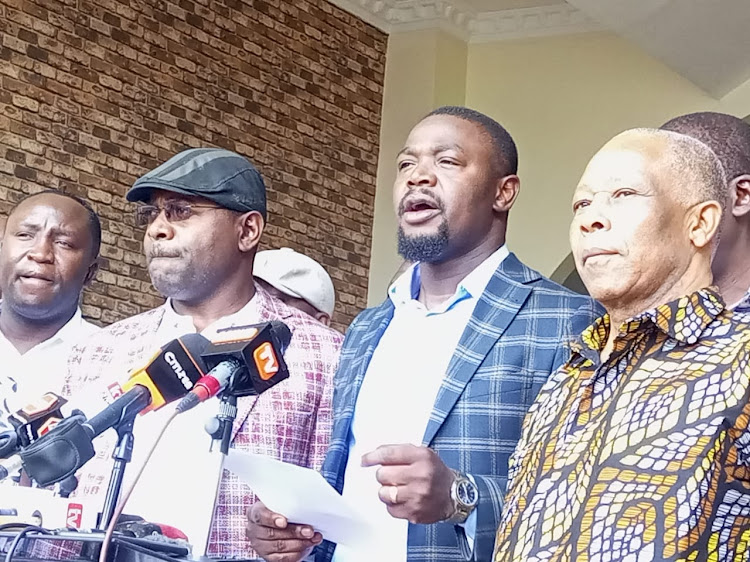 Public sector trade unions have threatened to use legal means to remove the Salaries and Remuneration Commission from office.

The nine unions said they will collect more than one million signatures from their members to initiate the ouster once the 13the Parliament convenes first sitting on Thursday this week.

In a joint statement on Sunday, the unions through their secretary generals accused the SRC over what they termed as constant interference in the negotiation of their Collective Bargaining Agreements (CBAs) and ‘mutilation’ of successfully concluded agreements.

They cited a case where KMPDU had negotiated and agreed with Kenyatta National Hospital on issues pertaining to the workers' pay at the facility.

"SRC in their own opinion without any consultation or without understanding the nature of work that these workers are doing at KNH decided to object and say there is no negotiation that needs to be done,” KMPDU SG Davji Atellah said.

"When we decide to collect one million signatures to disband SRC we will do it as workers because we believe it is SRC that will cause industrial disharmony in this country and not the negotiation between workers and employers,” he added. 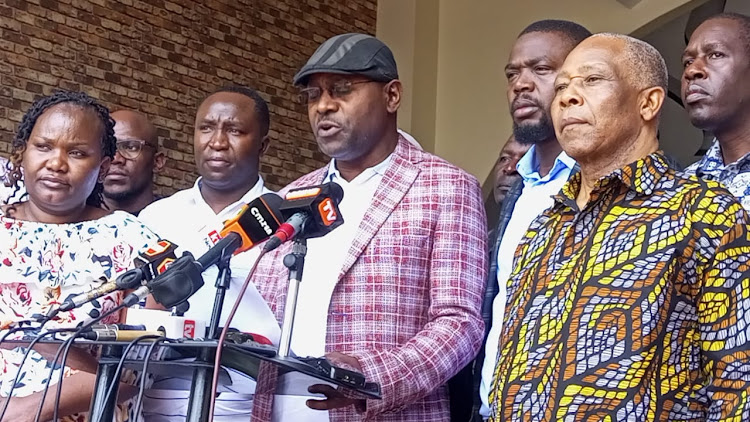 According to the KUSU secretary general Charles Mukhwaya, SRC has become an impediment to the continuous social dialogue between workers and the employers.

Mukhwaya termed the decision by SRC to suspend CBA negotiation on monetary gains and the proposals to scrap allowances as unfair to the Kenyan workers as it was made without stakeholder participation.

“Lately, what we have witnessed is an opaque body that consults no one and listens to no one,” Mukhwaya said.

“The Commission deliberately frustrates and suffocates collective bargaining process by issuing unrealistic advisories that not only render negotiation a public relation exercise but also veto mutually agreed,” he added.

They have further noted that the current impasse between SRC and MPs confirms their fears that the commission has become ‘rogue’ as it makes unilateral decisions without stakeholder participation. 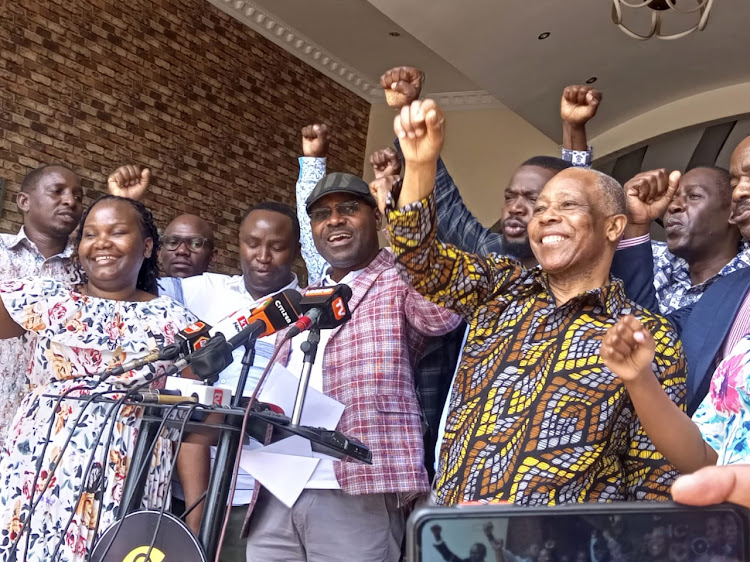 Secretary Generals from various unions in the public sector sing the solidarity song after addressing the media on September 25, 2022
Image: MAGDALINE SAYA

The commission is currently locked in deadlock with MPS over fresh demands for perks by the lawmakers.

They are unhappy with SRC’s provision that they limit the engine capacity of their vehicles at 3,000cc.

The MPs also sought the reinstatement of the plenary sitting allowances, saying they are under pressure from their constituents who see them as ‘ATMs’.

Lawmakers also fought the reduction of mileage allowance from Sh187 to Sh119 per kilometre.

Some MPs argued the new rate would be costly for their big cars and want the old figure used.

The commission also gave MPs and MCAs hefty direct benefits including mortgage, which has been revised upwards to Sh35 million. 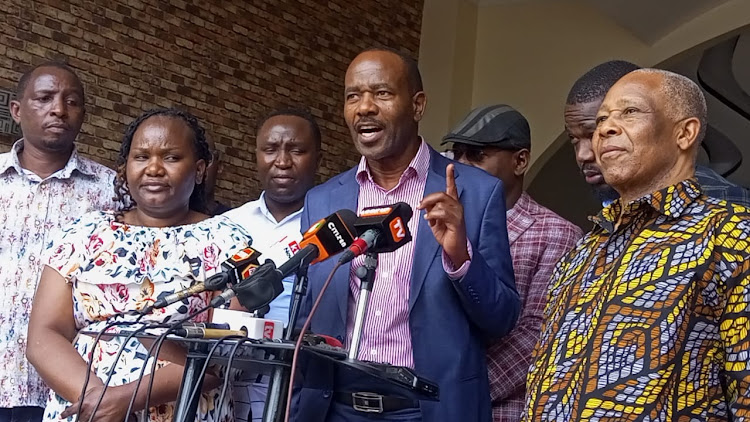 Post a comment
WATCH: The latest videos from the Star
by MAGDALINE SAYA REPORTER
News
26 September 2022 - 19:21
Read The E-Paper