Remains of police officers killed in Turkana flown to Nairobi

Eight officers were killed in an ambush on Saturday as they pursued armed bandits.

• The victims were ambushed as they pursued a gang of heavily armed bandits suspected to be from the neighbouring Baringo county. 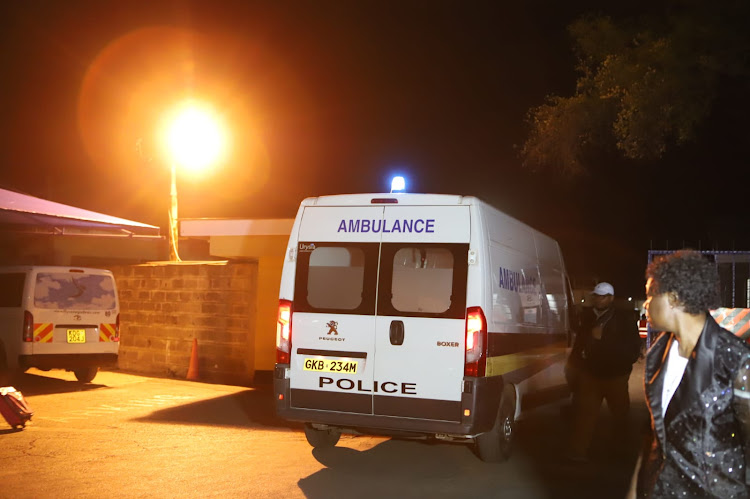 The bodies were flown in a police chopper to the Wilson Airport and taken to Forces Memorial Hospital mortuary, Nairobi.

Eight police officers were killed in the attack alongside a Chief and a woman by suspected Pokot bandits.

The victims were ambushed as they pursued a gang of heavily armed bandits suspected to be from the neighbouring Baringo county.

He said the suspected Pokot bandits came from Tiaty in Baringo county.

They were pursuing the heavily armed bandits who had attacked Ngikengoi village in Elelea sublocation, Katilia ward and made away with livestock.

The woman killed in the ambush with the officers was former Samburu county executive for health Mary Kanyaman, a sister to Thirdway Alliance party leader Ekuru Aukot.

She was leading the officers to recover stolen livestock belonging to her father.

The victims who included 8 police officers were ambushed as they pursued stolen livestock.
Counties
2 months ago

The incident came hours after DP Gachagua vowed to deal with the bandits.
News
2 months ago
Post a comment
WATCH: The latest videos from the Star
by ANDREW KASUKU
News
25 September 2022 - 20:57
Read The E-Paper