She will serve a two-month jail term in default.

• The incident occurred in Kawangware within Nairobi County and three minors are involved in the matter.

• In mitigation, the accused asked the court for forgiveness saying she is her family's breadwinner and her children depended on her. 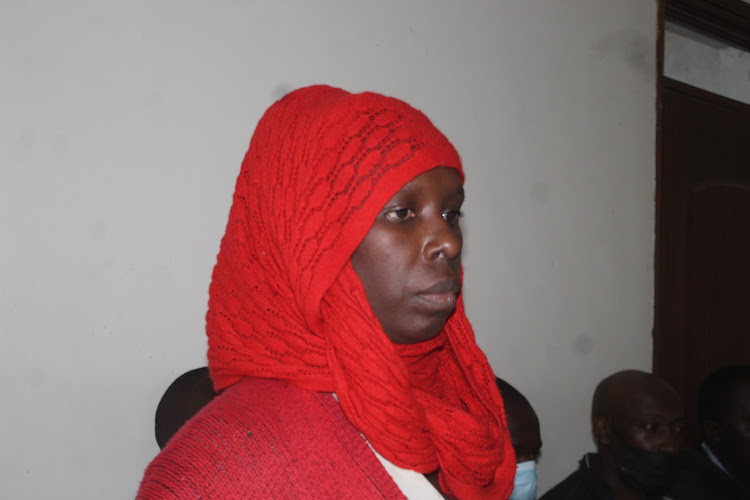 Josephine Kagai in Kibera court where she pleaded guilty to the offence of assault
Image: CLAUSE MASIKA

A woman who assaulted a neighbour whose child she spotted with her daughter's jumper was on Friday charged with causing bodily harm to the victim.

She was accused of beating and occasioning bodily harm to Christine Nekesa on August 5 at Kawangware within Nairobi county.

Prosecutor Dennis Muindi told the court that Kagai spotted Nekesa's daughter with a sweater that belonged to her daughter.

She took the cardigan from the girl after she failed to explain how she acquired it.

The decision did not go down well with Nekesa who began looking for her.

The court heard that Kagai was informed by a barber and her son that Nekesa was roaming around looking for her.

Kagai then went to Nekesa's place of work and attempted to hit her with a stone, but she dodged.

The prosecution said that Kagai then resorted to using her fists to beat up Kagai until she fell on the floor.

The court heard that Kagai continued assaulting Nekesa while on the floor by hitting her with a stone and inflicting head injuries on her.

Kagai was arrested after the matter was reported to the police by a Good Samaritan.

The complainant was advised to seek medical attention.

In mitigation, Kagai asked the court for forgiveness saying she is her family's breadwinner and her children depended on her.

The magistrate imposed a fine of Sh5000 on her or a two-month jail term in default.

He is accused of stealing assorted goods worth Sh589,860.
News
1 week ago