Babu Owino and Senator Ledama had accused the party of betrayal.

• Their remarks come after the party leader Raila Odinga called a Parliamentary Group meeting, to get a solution for the disquiet.

• Babu called out the ODM party for what he termed as "betrayal" and "blackmail". 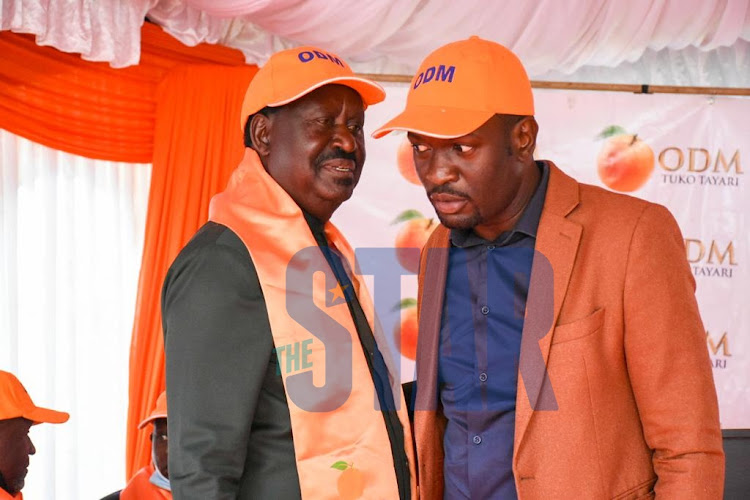 The Orange Democratic Movement party has insisted that they remain united.

In a statement on Friday, the party said that they are also strong and focused.

"We are united, strong and focused," ODM said.

This comes a day after Embakasi East MP Babu Owino and Narok Senator Ledama Olekina accused the party of betrayal.

Babu called out the ODM party for what he termed as "betrayal" and "blackmail".

He said a number of youths in the party have been selflessly supporting it but have not been rightly rewarded.

"ODM Party, so many youth and myself sacrificed a lot and used our resources in the party over the years, our pay is betrayal and blackmail. It is OK. Tomorrow is another day," he tweeted on Thursday.

He called on long-term members to fight for the positions.

"It’s about time we demand what is ours. Enough of always being kept in arms' way while others chill in their cribs and are rewarded with the lion's share of party positions," he said.

Their remarks come after the party leader Raila Odinga called a Parliamentary Group meeting, to get a solution for the disquiet.

He said youthful members had selflessly supported the party, only to be betrayed.
News
2 days ago

The sessions is expected to craft a strategy to forestall looming implosion.
News
2 days ago
Post a comment
WATCH: The latest videos from the Star
by MAUREEN KINYANJUI News Reporter
News
23 September 2022 - 08:46
Read The E-Paper