He said that despite the tree being pruned, it will be nurtured.

• The birds are said to have been defecating on parked cars and pedestrians passing under the tree.

• In a statement on Friday, Sakaja assured Kenyans that the pruning of the tree was done in the right procedure. 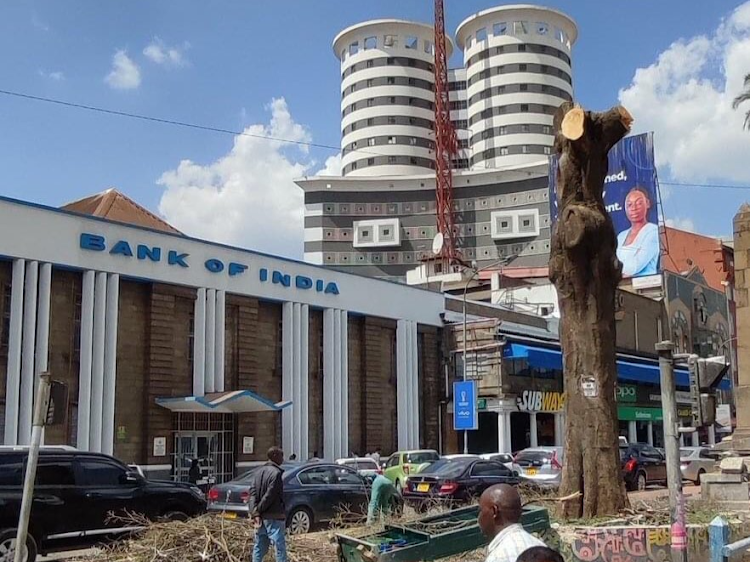 Nairobi Governor Johnson Sakaja has explained why the acacia tree on Kenyatta Avenue was pruned.

The county boss said Marabou Storks had invaded the indigenous tree and were causing mayhem in the Central Business District.

"I have been assured that the pruning done after the outcry by pedestrians due to the recent Marabou stork’s invasion was procedural and that the tree shall be nurtured," the governor said.

The pruning of the tree caused uproar from a section of City residents.

The governor said he was equally upset about the pruning of the tree but took relief in the realization that the tree will grow back.

"Again I reiterate, we will increase our tree cover in the city. I was upset as you all but the tree will grow," Sakaja said in a statement on Friday.

Even though they are credited for helping clean up the environment by scavenging though garbage, Marabou Storks can be quite a nuisance especially if they invade busy streets.

They are mostly found in South Africa and the Sahara but migration has pushed some of them in Eastern parts of the continent.

The birds previously resided along Mombasa Road but most of them migrated to the CBD after trees on the busy highway were cut down to pave way for the construction of the Nairobi Expressway.

The incident happened shortly after the plane had taken off from Wilson airport, Nairobi.
News
3 days ago

The City MCAs will be sworn in on the same day.
News
1 day ago

The event has taken place every year for the past five years.
News
2 days ago
Post a comment
WATCH: The latest videos from the Star
by ESPERANCER WANJIKU
News
23 September 2022 - 17:12
Read The E-Paper