Ruto to address MPs in joint sitting next Thursday 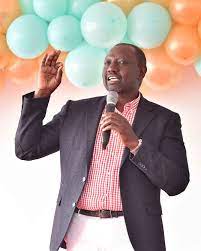 President William Ruto during a past event.
Image: File

President William Ruto will on Thursday next week make his inaugural address to the Bicameral Parliament setting the stage for a bruising battle between Kenya Kwanza and Azimio leaders.

He is expected to outline the policies and key priorities anchored in the bottom-up economic model that he passionately campaigned on which his administration will be seeking to realize.

In a notification signed by National Assembly Speaker Moses Wetang'ula, and his Senate counterpart Amason Kingi, the joint sitting of both Houses will commence at 2:30 pm.

“Now, therefore, all Members of Parliament and the general public are hereby notified that the Opening of the Thirteenth Parliament shall be held in the National assembly Chamber, main Parliament Buildings, Nairobi.”

Article 132(1) of the Constitution states the function of the President which is to address the opening of each newly elected Parliament.

Ruto is expected to talk about the measures to be taken and the progress in place towards the realisation of the national values and ensuring the high cost of living is reduced.

The President will also highlight his plans in the agriculture, healthcare and housing sector and how he intends to achieve them.

His speech will then be debated by the members.

His address will also be coming at a time Ruto is preparing to unveil the list of cabinet secretaries to help deliver on its agenda as it seeks to revive the economy.

The nominees will be vetted, by the parliamentary committee before being sworn into office.

Top on the list of challenges bedevilling Kenyans is the high cost of living which has seen maize flour continues to be a matter of concern for most Kenyans.

Unga subsidies, which Ruto claimed cobbled up billions of the taxpayers' money have since been abolished.

He said his government will not subsidise consumables but instead focus on products which will lead to stabilisation in the prices of commodities.

At a time most of the youth are unemployed, Kenyans will be waiting to know when the Sh50 billion annual kitty to support MSMEs as promised during campaigns will be launched.

“We shall implement the hustler fund dedicated to the capitalization of through chamas, saccos and cooperatives on affordable terms that do not require unnecessary collateral,” he said during his swearing-in.

Already the Treasury has released Sh3.6 billion for fertiliser subsidies in line with his directive.

“The government has unveiled Sh3.55billion to subsidise 71, 000 metric tonnes of fertiliser for growing food crops during the short rains season. This quantity will support the cultivation of approximately 1.4 million acres,” read a statement from the ministry.

Deputy President Rigathi Gachagua has already flagged off the first consignment appealing to farmers in the regions that are receiving short rains by acquiring the inputs.

“To actualise the presidential directive, the subsidised fertilizer programme will start with counties undertaking planting during the short rains season,” he said.

Ruto who has been on a week-long visit to the US attending the United Nations General Assembly conference has remained focused leveraging on the tour to meet foreign investors.

At a meeting with the President of the Africa Development Bank, Ruto said, Kenya’s priority is to spur sustainable growth and drive social progress to end poverty, tackle hunger and promote the well-being of all Kenyans.

A Kenya for Everyone.
News
2 weeks ago

The sessions is expected to craft a strategy to forestall looming implosion.
News
5 days ago
Post a comment
WATCH: The latest videos from the Star
by FELIX KIPKEMOI Political Reporter
News
23 September 2022 - 23:00
Read The E-Paper