•Tests that were conducted on the drugs by experts from the University of Nairobi at the national quality laboratory found the drugs to have high levels of estrogen and progesterone.

•Ndwiga spoke during a media roundtable organised by the ministry ahead of World Contraception day on Monday. 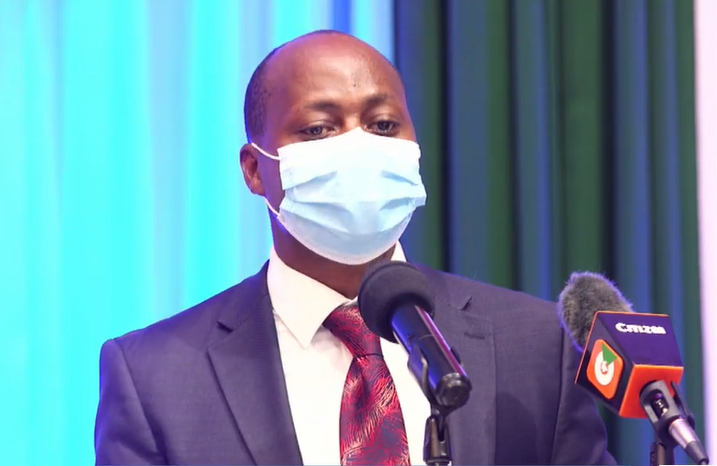 The Ministry of Health has raised an alarm over an illegal and dangerous drug being sold in the country.

The drug is retailing in the market as a Chinese herb and is touted to be a birth control pill that should be taken only once per month.

The ministry on Thursday raised an alarm that despite the Pharmacy and Poisons Board having issued an advisory about the drug whose manufacturer is unknown, the drug is still on sale in the Kenyan market despite its severe side effects.

Tests that were conducted on the drugs by experts from the University of Nairobi at the national quality laboratory found the drugs to have high levels of estrogen and progesterone that are having an effect on babies.

“The analysis showed that the tablet is not herbal at all. It contains very high levels of estrogen and progesterone which are toxic to a lot of people. We have seen children being born and they develop precocious puberty,” Dr Albert Ndwiga said.

Ndwiga is the national family planning programme manager at the ministry.

Ndwiga spoke during a media roundtable organised by the ministry ahead of World Contraception day on Monday.

The day is marked annually on September 26 to improve awareness of all contraceptive methods available and to enable young people to make informed choices on their sexual and reproductive health.

According to the head of preventive and promotive health at the ministry Dr Andrew Mulwa, illegal drugs find their way into the market either through porous borders or through legal borders but as undeclared goods.

The regulation dictates that all medical products that come into the country pass through the Pharmacy and Poisons Board for approval and regulation.

However, unscrupulous individuals have been taking advantage of the porous borders to ship in illegal goods which then flood the market.

“It is a criminal syndicate that brings in these goods into the country. I may not be able to give the right answers because from the health perspective, our responsibility is to tell people this is not good.

“As far as the ministry is concerned, we have already done and we continue to do public awareness that these products are not safe... And if we deter the population from using the substances, the criminal enterprise will collapse because they will not have a market,” Mulwa added.

Progesterone is in a class of medications called progestins (female hormones). It works as part of hormone replacement therapy by decreasing the amount of estrogen in the uterus.

High levels of progesterone are associated with the condition called congenital adrenal hyperplasia.

Estrogen on the other hand is a category of sex hormone responsible for the development and regulation of the female reproductive system and secondary sex characteristics.

Post a comment
WATCH: The latest videos from the Star
by MAGDALINE SAYA REPORTER
News
23 September 2022 - 11:44
Read The E-Paper