"Babu when you land in the committee, please campaign and be the chair," he said.

• Mbadi lashed out at Babu Owino for claiming that Mbadi had been offered the slot and took to explain to him the procedure to get the position.

• He pointed out that since the committee were yet to be set up, he is unaware of any position sharing or allocation. 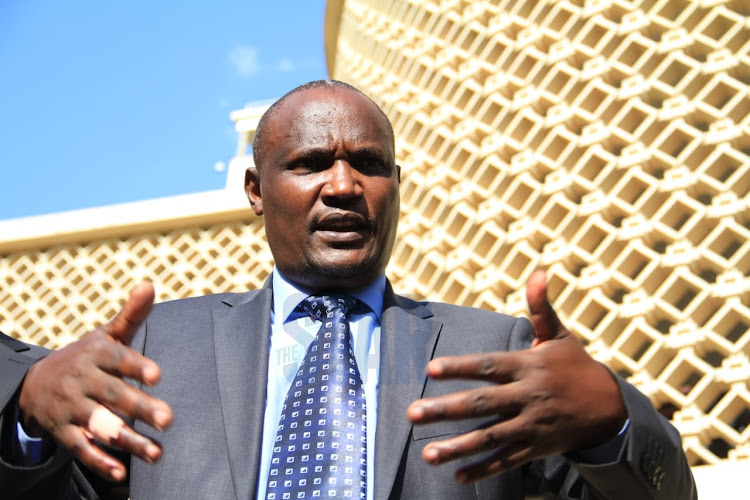 ODM chairman John Mbadi has dismissed claims that he had been offered the Public Accounts Committee chair position.

He lashed out at Babu Owino who had claimed on Thursday that the ODM chairman had been given the slot by the party.

"I'm NOT interested in being the PAC chair, and I have NOT communicated anywhere about the same," he said on Friday.

"Those who are claiming that I have been offered the position clearly do not understand the parliamentary procedures. The membership of a committee are the ones that elect their chair and it's across the board."

Mbadi pointed out that since the committee were yet to be set up, he is unaware of any position sharing or allocation.

"Babu Owino when you finally land in that committee, please campaign among the members and be the chair," he said.

On Thursday, Owino accused ODM of betraying the old guards and allocating leadership roles to the new members.

He further said he was not going to let the nominated MP occupy the PAC position, adding that it was his.

"ODM, why should John Mbadi come down from the position of leader of the majority to PAC chair which was reserved for me? This will not happen. It's now or never. He has been rewarded through nomination," he said.

The remarks have been met with mixed reactions from various leaders.

Lawyer Ahmednasir Abdullahi took to Twitter to back Owino's bid to get the job, reiterating that Mbadi had been rightly rewarded through nomination.

"Hon that job is yours. Take it. A nominated MP is very lucky when nominated by a party to parliament. He doesn't deserve anything else," he said.

Kimilili MP Didmus Barasa said Owino should not accept any position than that of a PAC.

"Babu Owino when a hyena wants to eat its children, it begins by accusing them of smelling like a goat. Don't accept to be used and dumped by the ODM Party and Raila Odinga," he said in a tweet.

There has been disquiet in ODM since the House leadership line-up was unveiled on Saturday by Wiper leader Kalonzo Musyoka.

This has prompted the party leader Raila Odinga to call a crisis meeting, which is expected to be held on Monday.

He said youthful members had selflessly supported the party, only to be betrayed.
News
4 days ago

Babu called out the ODM party for what he termed as "betrayal" and "blackmail".
News
3 days ago

He insisted Babu shouldn't accept anything less than being the chair of PAC.
News
3 days ago

The sessions is expected to craft a strategy to forestall looming implosion.
News
4 days ago
Post a comment
WATCH: The latest videos from the Star
by SHARON MWENDE
News
23 September 2022 - 17:39
Read The E-Paper