The rights body said it does not know where or when the bodies were buried.

•KNCHR is satisfied that no new bodies have been found in River Yala, Odede said.

•She called on the DCI to speed up investigations to reduce anxiety among the families of missing persons. 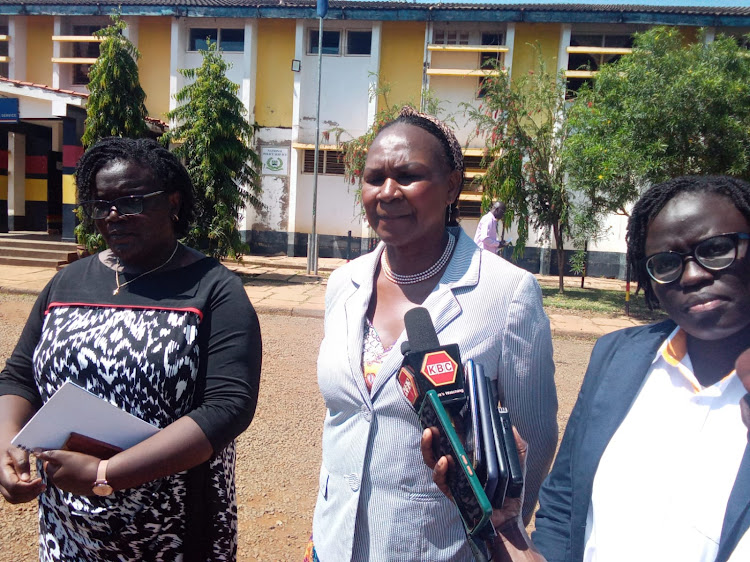 KNCHR has confirmed that 14 unidentified bodies retrieved from River Yala in the first quarter of 2022 were disposed of.

However, the rights body said on Friday it does not know where or when the bodies were buried.

"I don't know but disposing of bodies is done under the Public Order Act by the public health department. I am sure the order can be found at the court's registry," Odede said.

A total of 27 bodies were retrieved from the river early this year after a public uproar.

But only 13 bodies were identified through DNA testing and released to families for burial.

The investigating officers informed the public that 14 bodies that were not identified had been left at the Yala morgue.

But concerns grew over whether they were ever buried or not.

Odede also dismissed earlier claims by Yala Subcounty Hospital medical superintendent Bruno Okal that seven new bodies had been retrieved from the River Yala and from along the river banks.

She concurred with police spokesperson Bruno Shiosho, who had dismissed Okal's earlier claims.

On Monday, Okal had said seven bodies collected from River Yala had been dropped at the preservation facility.

But Shiosho said only two bodies were retrieved and the third one of a person suspected of having died of suicide by drowning.

Odede explained that one of the seven bodies in the morgue was retrieved from the river in December 2021 and is part of earlier statistics.

However, she did not explain why the body retrieved in December last year was not interred together with the other 14.

KNCHR is satisfied that no new bodies have been found in River Yala, Odede said.

She called on the DCI to speed up investigations to reduce anxiety among the families of missing persons.

Post a comment
WATCH: The latest videos from the Star
by JOSIAH ODANGA
News
23 September 2022 - 20:07
Read The E-Paper