He was at the centre of controversy after hurling insults at former first lady Mama Ngina Kenyatta. 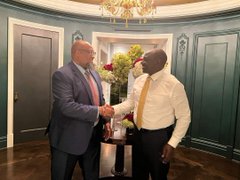 American-based Kenyan Cosmas Ombori Monari had his moment on Wednesday when he meet President William Ruto.

Monai, also known as Cosmo Choy, could not contain his excitement as he shook hands with Ruto.

He shared the pictures on his Twitter handle on Wednesday.

President  Ruto is at the United Nations General Assembly in New York.

In March this year, the man who is famed for the tagline, 'Kipchumba Mwenyewe approves this 100 per cent' was at the centre of controversy after hurling insults at former first lady Mama Ngina Kenyatta.

On August 15, 2022, Cosmo Choy could not contain his excitement after the IEBC announced Ruto as the fifth president of Kenya.

In a video that went viral on social media, he was seen dancing around his car with joy.

He was dancing to Firirinda tune, a song that went viral in Kenya early this year, despite being released decades earlier. 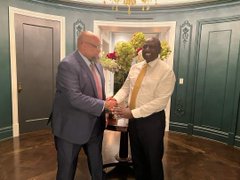 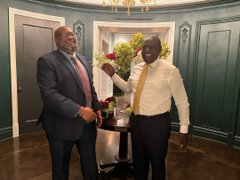 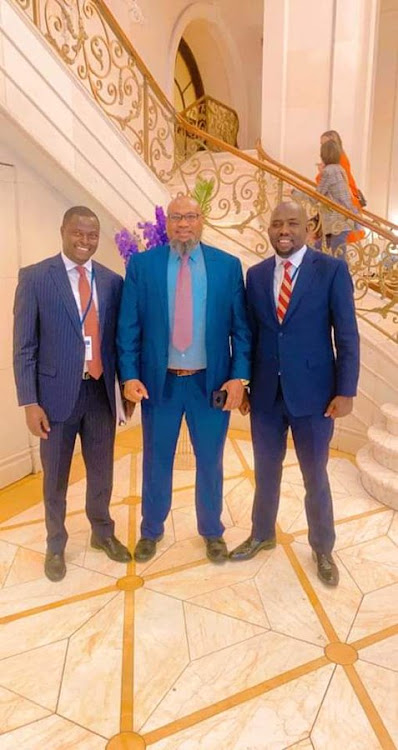 He said the discussions centred on moving Africa from aid to investment.
InPictures
6 days ago
Post a comment
WATCH: The latest videos from the Star
by MAUREEN KINYANJUI News Reporter
News
22 September 2022 - 10:34
Read The E-Paper