At least 261 members escaped punishment for lack of records

•MPs are supposed to lose their seats if they skip eight sittings in a calendar year. 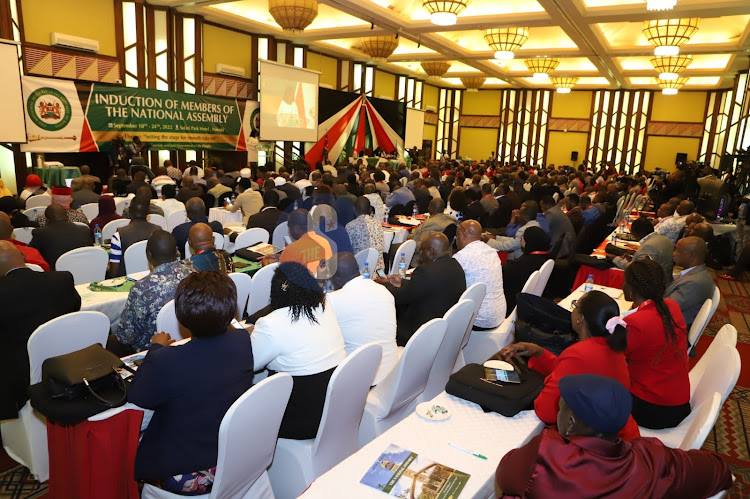 Details have emerged that at least 261 National Assembly members skipped over 50 sittings of the August House.

Lawmakers are by law required to notify the Speaker of any planned absence from sittings and should be punished if they skip eight sittings.

The previous law provided for consecutive sittings but the same is presently based on a calendar year which runs from February to December.

In this case, the sittings are calculated for the entire session – almost a year. Among the punishments is that a member loses his seat.

Records show that the members did not lose their seats due to poor record-keeping in Parliament.

The report showed that the two may have survived because parliament was still operating an analogue system.

Two voters petitioned the National Assembly to have them removed from office for missing house sittings.

Rarieda MP Otiende Amollo told his colleagues that the issue was best left ambiguous as it is now.

“If you start specifying on what mode to write to the speaker you will make it so easy for someone to remove you from office. I want to warn you that if you do this 90 per cent of you will not make it,” the MP said.

“Most of the former members survived their five-year term due to the leniency of the speaker and ambiguity of the law on the mode of which one should inform the speaker of his absence from the house.”

Members of the County Assemblies are bound to lose their seats if they skip eight sessions for the five years they serve.

But the case is different for National Assembly where the sittings are based on a calendar year and not a fixed term in office.

Once it is established that a member has skipped more than eight sessions, the Powers and Privileges Committee takes up the matter.

Justin Muturi has dismissed as, "ignorance" the clamour against proposed tough campaign financing regulations by the electoral body. The National ...
News
6 years ago
Post a comment
WATCH: The latest videos from the Star
by MOSES ODHIAMBO Journalist and Political Writer
News
22 September 2022 - 17:45
Read The E-Paper