He says the government collects money and spends it on a daily basis depending on needs.

• A section of Kenya Kwanza leaders led by Deputy President Rigathi Gachagua claimed they found only Sh93 million at the Treasury.

• While insinuating that that's possible, Yatani said revenue collected by government is spent there and then. 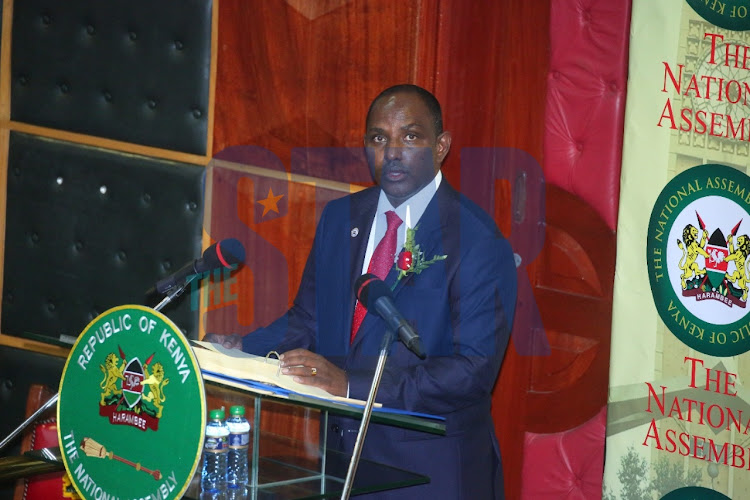 Treasury CS Ukur Yatani has termed as ignorant claims by Kenya Kwanza leaders that they found only Sh93 million in the public coffers.

Yatani said the government does not collect money, store it in one place, and keep it for one month before distributing it after a month or a year.

"Sometimes we argue out of ignorance. I really don't know whether to sympathise with the situation because there is really a lot of ignorance about it," Yatani said.

A section of Kenya Kwanza leaders including Nandi Senator Samson Cherargei had claimed they found only Sh93 million at the Treasury.

"We have talked to the treasury, and the coffers are empty. We will have to start from scratch," he stated.

But even after these remarks, he flagged off the first consignment of the Sh3.55 billion worth of subsidised fertiliser on Thursday.

While insinuating that it's possible for Treasury to be nearly empty on any given day, Yatani said revenue collected by the government is spent there and then.

The CS made the remarks on Thursday while addressing the senators' induction in Naivasha.

He was responding to concerns over the delayed disbursement of revenue to counties on the third day of the induction at a Naivasha hotel.

The CS said after the daily or weekly collection of revenue, the cash is shared on a need basis where employee salaries, county revenue, Parliament, Judiciary and debt payment are some of the competing needs.

Yatani said sometimes, the government fails to meet its revenue collection targets leading to delayed disbursement of cash to some entities.

"So, how do you now determine what goes to the counties and what goes elsewhere? The low performance of revenue raised nationally impacts on our disbursement not only to the counties but also to the rest of government," he said.

To address this hurdle, the CS challenged counties to stop the over-reliance on the equitable share of revenue and focus on generating their own source revenue.

"If you look at municipal councils and county councils of those times, they collected more revenue than the current ones and yet those are ill-equipped, less experienced without necessary capacity to manage that.

"But now the county governments, fully functional with all the professionals, with all the infrastructure cannot collect their own revenue, and I think that is the basis of where we need to interrogate why," Yatani said.

He noted that county governments either collect the revenue and fail to remit it or they use it at the source.

The end game to this, he said, is that counties end up with accumulated pending bills stretching several years because they spend more than they make.

"This is an area I think it is the duty of the Senate to enforce a certain level of discipline by working with the National Treasury," Yatani said.