I quit because I didn't want to impeach Sonko - Elachi

"We've had our own issues but never quarrelled with him even to date," she said.

•She stepped down as a Nairobi County speaker in August 2020.

•Elachi in her resignation statement said she was moving on to a new season in her political career. 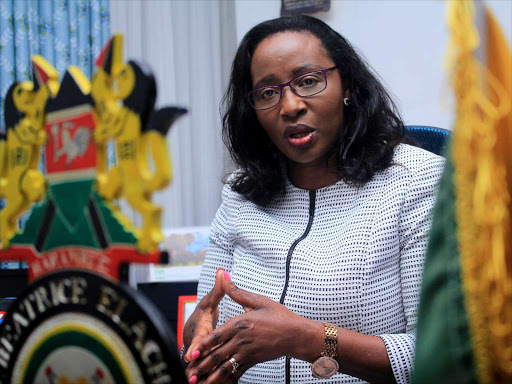 Dagoretti North MP Beatrice Elachi has said that she quit her Nairobi County Assembly speaker job because she didn't want to be the one to impeach former Governor Mike Sonko.

Speaking on Wednesday, the former speaker said she didn't want to do a job that was not part of her duties.

She noted that they had their own issues with Sonko but had not escalated to the extent of having to impeach him.

"It was none of my business to impeach him as a speaker.

"I realised I didn't want to impeach Sonko. It's not me... We've had our own issues and we never quarrelled with him even to date if you ask," Elachi said.

She also disclosed that at the Nairobi County Assembly, they had gotten to a point where they were doing things to haunt one another.

"I would not have gone to do a job that I know is not my business and we were just doing things in terms of haunting each other and it does not make sense at all."

Elachi said she was not going to be part of witch hunts and needed to leave.

"I asked myself am I supposed to do all the dirty duties? I think it is time to leave before you come to do the last dirty duty that will come to haunt you," she added.

The former Nairobi speaker had appeared on the JKLive show alongside other former county assembly speakers.

She stepped down as a Nairobi County speaker in August 2020.

Elachi in her resignation statement said she was moving on to a new season in her political career.

Elachi says she is moving on to her political career amid life-threatening incidents.
Counties
2 years ago

Kamangu on Thursday afternoon read his resignation letter during the plenary session.
News
2 years ago