For Kenya to prosper, we must not forgive and forget - Miguna

He was responding to ex-MP Ngunjiri who said blames against Uhuru should stop.

• Miguna insinuated that Kenya is not where it ought to be economically because its people are too forgiving on matters of corruption. 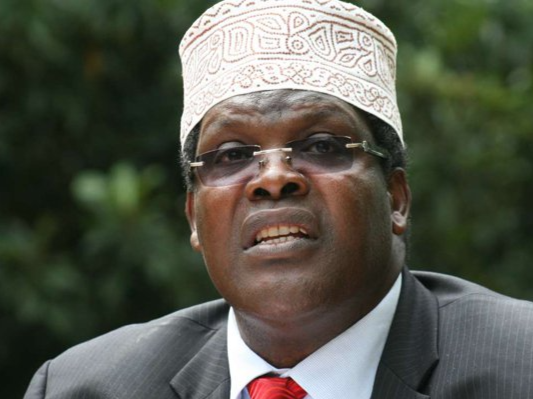 Lawyer Miguna Miguna has said Kenya needs to move away from being lenient with public office holders who abuse power and misuse public resources.

The lawyer insinuated that Kenya is not where it ought to be economically because its people are too forgiving on matters of corruption.

"Kenya has had more than 60 years of institutional abuse of power and plunder of public resources by those with a duty to protect public resources and the people because of the primitive culture of "forgive and forget." This should end for Kenya to prosper," Miguna said in a tweet.

"Ruto is now in charge. When one wins you work from there, moving forward. You can’t keep saying "we could do this but the guys before us had done that, so we can’t," Ngunjiri said.

His remarks were in reference to claims by the Kenya Kwanza luminaries that Uhuru left only Sh93 million in public coffers.

But in a swift response, Miguna said, "Ngunjiri, Uhuru Kenyatta cannot be left alone to do so would be to institutionalise the culture of impunity".

The government hasn't confirmed or denied the claims on the Sh93 million but Treasury CS Ukur Yatani on Thursday insinuated that this could be factual.

While terming the allegations as ignorant, Yatani said the government collects revenue daily and spends the money just as quickly.

Back to Miguna, it's been now more than four years since the lawyer was deported to Canada by the government on March 29, 2018.

The government said he failed to submit his original ID card to facilitate the renewal of his passport after the previous one was defaced.

His various attempts to fly back to the country were thwarted thereafter when the government issued red alerts against him across major airports in Europe.

On September 20, Miguna claimed he was issued a new Kenyan passport on the instruction of President William Ruto and he now awaits the removal of the red alerts.

He has threatened to institute charges against Matiang'i, Kihalangwa and Interior PS Karanja Kibicho for damages caused to his house in Nairobi prior to his deportation.

"You are hereby directed to contact my advocate, Adrian Kamotho Njenga, and sort out the damages and costs the High Court and Court of Appeal awarded me in the various cases I won since 2018. Do so promptly before I land," he said in a tweet on Wednesday.

"Ruto is now in charge. When one wins you work from there, moving forward."
News
1 week ago

He says the government collects money and spends it on a daily basis.
News
1 week ago
Post a comment
WATCH: The latest videos from the Star
by EMMANUEL WANJALA Radio, Print & Digital Reporter
News
22 September 2022 - 18:58
Read The E-Paper