Some governors have already advertised the 10 positions for CECs and County Secretary.

•The 10 CECs will make up the Governor’s cabinet together with the County Attorney.

•Once the vetting is done, the county government will be fully in place and ready to start serving its residents. 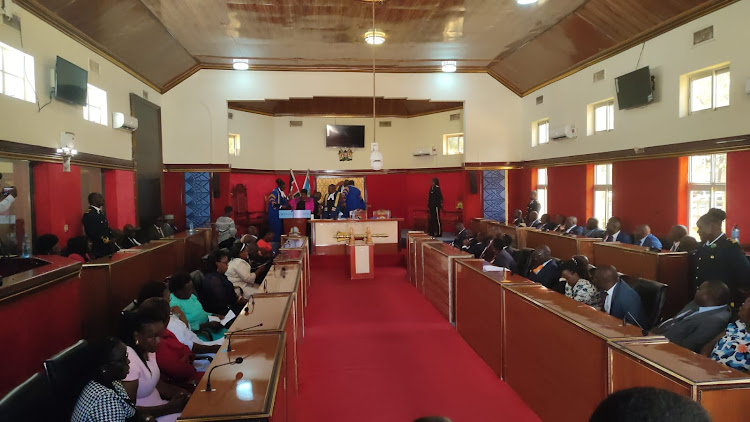 With most counties having sworn in their MCAs and elected county speakers, focus now shifts to governors who are set to constitute their cabinets.

However, some counties like Nairobi are yet to gazette the first sitting.

The political parties with many members in the assembly will take the majority side while the minority side will be the legislators with the second largest members.

With the assembly leadership in place,  house committees will also be constituted and chairpersons and their vice chairpersons elected.

This will now give the Governors a leeway to fully constitute their government.

The latter will double up as Head of Public Service.

The 10 CECs will make up the Governor’s cabinet together with the County Attorney.

Most Governors are usually caught up between repaying the loyalty of those who were part of their campaign team and professionals fronted by their political parties.

The governor will first have to declare the CEC positions vacant and place an advertisement in national newspapers inviting qualified people to apply.

After being shortlisted, the CEC nominees will be vetted by the county assemblies.

The county assembly committee on appointments is mandated to vet the county executive positions.

The committee is usually chaired by the speaker.

Once the vetting is done, the names will be tabled on the floor of the assembly where MCAs will either reject or approve.

Once approved, the names will be forwarded back to the Governor where they will be later sworn in.

The same process will be followed during the appointment of the chief officer only that they will be vetted by the respective committees in the area they will specialize.

Once the vetting is done, the county government will be fully in place and ready to start serving its residents.

86 MCAs, including 26 nominated members, are expected to take the oath of office.
News
6 days ago

Gichuhi won with 40 votes in the first round of voting where all the 42 MCAs voted.
News
6 days ago
Post a comment
WATCH: The latest videos from the Star
by MAUREEN KINYANJUI News Reporter
News
22 September 2022 - 09:17
Read The E-Paper