The 17 SDGs are a universal call to action to end poverty, protect the planet, and ensure that by 2030 all people enjoy peace and prosperity.

•He said the situation has been worsened by rising food prices, thus complicating Kenya’s roadmap towards delivering good quality of life to her citizens. 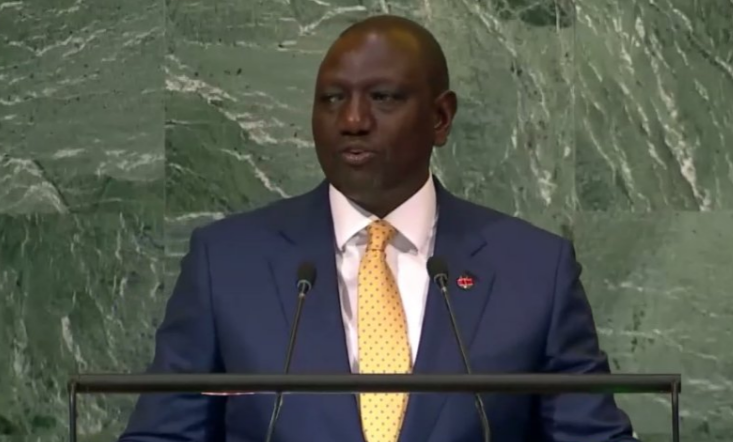 President William Ruto delivering the inaugural speech at the UN Assembly in New York, US on September 21,2022.
Image: SCREEN GRAB

The 17 SDGs are a universal call to action to end poverty, protect the planet, and ensure that by 2030 all people enjoy peace and prosperity.

Speaking on Wednesday when he made his maiden speech during the 77th session of the United Nations General Assembly, Ruto said the drought ravaging many countries including Kenya needs to be addressed.

“The northern, arid and semi-arid rangelands of our country have been gravely impacted by drought whose severity has not been experienced in 40 years. 3.1 million residents of these ASALs are now severely food-insecure on account of scarce rainfall over three consecutive seasons, leading to poor crop and pasture,” said.

He said the situation has been worsened by rising food prices, thus complicating Kenya’s roadmap towards delivering good quality of life to her citizens, and hindering the progress to achieving Sustainable Development Goals two and six.

Ruto said the ongoing drought has not spared many countries adding that it has affected not only the Horn of Africa and the Sahel regions but also other countries such as in Asia, Europe and the Americas.

He said there is a need for concerted efforts across the continents.

“With this in mind, I call on the Member States and all relevant stakeholders to demonstrate strong political will and showcase effective cooperation by supporting the most affected countries financially, as well as through sharing land restoration and climate adaptation technologies,” he said adding that there is need for quick interventions.

Ruto said little has been done to address the environmental impacts of climate change despite earlier consensus from States.

The head of state urged the wealthy nations to deliver previous promises made even as countries look forward to the 27th Conference of Parties to the United Nations Framework Convention on Climate Change - COP27.

COP27 is scheduled for Sharma-El-Sheikh in Egypt, in November.

In 2009, the wealthy nations also promised to deliver Sh10.1 trillion per year to developing nations to help them address the impacts of climate change.

The pledge has not been fulfilled.

“Accomplishment of pending actions by the Member States is essential for the implementation work that lies ahead. I, therefore, call upon all of us to urgently deliver on all commitments made towards climate financing. On this matter, it is critical to emphasize that we are running out of time,” Ruto said. 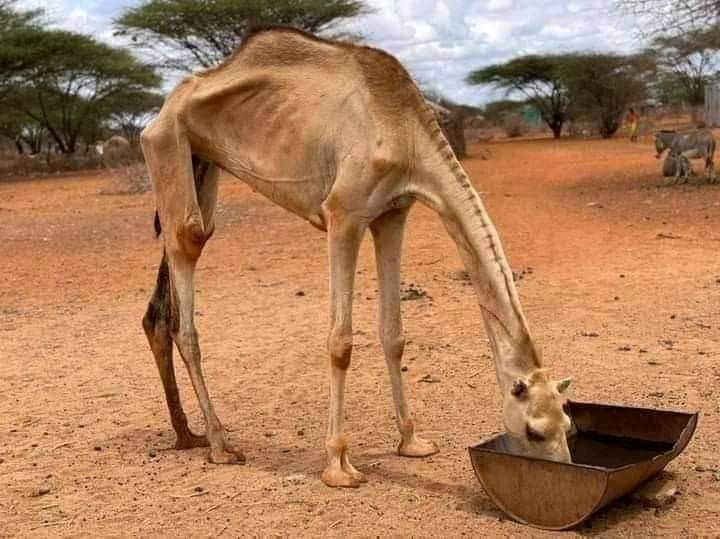 Environmental Assembly in Nairobi to end plastic pollution is a decisive signal that the world is prepared and motivated to act on this menace.

He said Kenya is committed to working closely with other nations to pursue legally binding instruments aimed at bringing an end to plastic pollution.

Ruto said Kenya as the host nation to UNEP and the UN-HABITAT, affirms that the critical UN agencies have an indispensable role in the promotion of environmental sustainability globally, as well as in developing socially and environmentally sound and sustainable cities.

He said in keeping with its strong commitment to multilateral institutions, the country has made available more land for the United Nations Office in Nairobi to facilitate the upgrading of its complex.

“I take this opportunity to call on the Member States to complement this contribution through enhanced financing to adequately modernise the UNON facilities.”

Ruto said Kenya is in the process of reviewing her National Blue Economy Strategy to strengthen community structures in participatory management of freshwater, coastal and marine resources and ecosystems in order to tap opportunities in the sector.