Azimio MPs to apply for four committees ahead of placement

•The unresolved question is which side would form the majority or minority in the August House.

•There is intense lobbying by members keen on joining the lucrative committees. 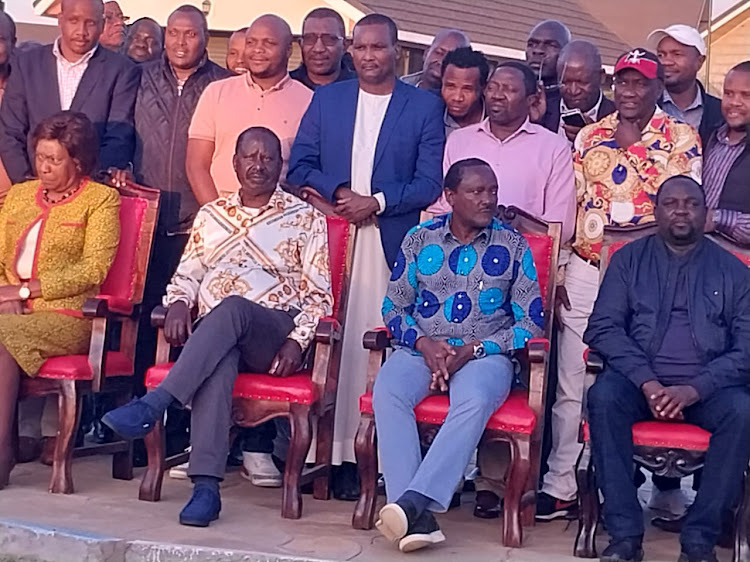 Azimio troops in Parliament have started compiling a list of members to serve in committees of the National Assembly.

The committees question, in terms of placement and member preference, was deliberated at length during a parliamentary group meeting on Tuesday night.

The meeting, said to have been attended by at least 140 MPs, was chaired by Ugunja MP Opiyo Wandayi and Suna East's Junet Mohamed.

During the deliberations, it was agreed that each of the members expresses interest in the committees they preferred to be part of.

“We delved into it at length and agreed each member will propose four committees of their choice in order of priority,” Wandayi said.

“The leadership will sit next week to review and get back to members before we come up with the placement structure,” the Ugunja lawmaker said.

Wandayi told the Star on the sidelines of the induction of MPs joining the 13th Parliament that they seek to finalise the list ahead of the first sitting of the House.

“We are putting our House in order by laying a strategy for managing our affairs in the 13th Parliament. We are ensuring that we plan ahead on every single issue and that at any given stage we remain ahead of the game,” he said.

“We want to do it way before the time for opening Parliament comes so we are not caught flat-footed.”

The ODM Political Affairs director said the new team would strive to run its affairs in a proactive manner.

“The leadership of the House has decided to run the affairs of the House professionally by employing dialogue, consultation, consensus building so that everybody feels accommodated and we move together as a team and that no one is left behind,” he added.

The Star has established that there is intense lobbying by members keen to join the Budget, Transport and Education committees.

Even so, the composition of the committees has been slowed by the unresolved question of which side would form the majority or minority in the August House.

While Azimio says it is the majority by virtue of being the coalition party with the largest numbers in the House, their Kenya Kwanza is laying claim to the same.

Eyes are on National Assembly Speaker Moses Wetang’ula who faces his first major test in deciding which coalition holds the majority and vice versa.

But some of its members, including United Democratic Movement, Movement for Democracy and Growth and Pamoja African Alliance, have shifted their support to President William Ruto’s Kenya Kwanza.

Azimio leaders say they believe they are the majority owing to the fact the said members are yet to formally part ways with the coalition as provided in their agreement.

The numbers question is critical to deciding the composition of committees and their respective leaderships.

Azimio hold that being the largest team, they could control most of the committees in the House, including departmental committees.

Scholars and parliamentary experts are divided on whether Azimio is the majority and whether it can drive government business in the August House.

“Accountability is the preserve of the minority. Kenya is dynamic and usually that's the practice,” he said.

Both sides of coalitions have unveiled names for majority positions.
News
1 week ago

Eyes on Wetang’ula as he faces first major test

Speaker to decide who between Azimio and Kenya Kwanza is majority in the House.
News
1 week ago

He said Azimio had intimidated the parties into joining the coalition.
News
1 week ago
Post a comment
WATCH: The latest videos from the Star
by MOSES ODHIAMBO Journalist and Political Writer
News
22 September 2022 - 05:00
Read The E-Paper