What you need to know about Ruto's US trip

He will seize the opportunity to engage other World leaders on areas of bilateral relations.

•The series of events that Ruto will be part of comes after he attended Queen Elizabeth's burial.

•After the UNGA address, Ruto is slated to join world leaders at a reception hosted by US President Joe Biden, which would mark the end of his tour. 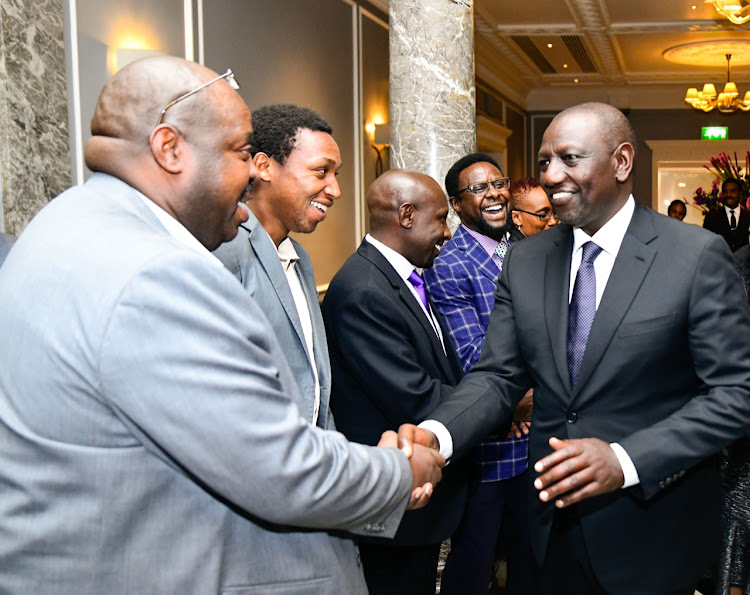 First Lady Rachel Ruto accompanied him to the trip.

Ministry of foreign affairs released a document stating the number of activities Ruto will be part of.

According to the foreign affairs ministry, President Ruto is scheduled to make his maiden presidential address at UNGA on Wednesday.

He will attend the high-level segment of the annual United Nations meeting from September 20 to 23, 2022.

Participating at the highest level in the UNGA is particularly important for Kenya as the country seeks to complete the second year of its non-permanent membership in the United Nations Security Council.

While in New York, Ruto is scheduled to give his debut address to the United Nations and hold bilateral talks with several Heads of State and Government.

"At the United Nations Headquarters, Kenya will seek to promote its Foreign Policy at the multilateral system including enhancing participation in the quest for realization of SDGs and global leadership in emerging issues including climate change," read part of the statement.

The 77th UNGA coincides with the worst drought in the Horn of Africa with many countries in the region including Kenya experiencing unprecedented effects in the last forty years.

At the bilateral level, Ruto will lead Kenya's quest to harness relations with the United States of America guided by the 5 pillars of bilateral strategic dialogue partnership.

The Head of State will also attend to a working session with senior representatives of the American businesses during which he will urge increased trade and investment between the two countries.

In his capacity as Coordinator, Ruto will also chair a meeting of the Conference of African Heads of State on Climate Crisis (CAHOSCC).

After the UNGA address, Ruto is slated to join world leaders at a reception hosted by US President Joe Biden, which would mark the end of his tour.

"He will depart for Nairobi that same Wednesday evening after attending the reception hosted by the US President,” State House said.

The meetings will bring him close to the world’s influential leaders, putting him in a strong pole position to push for his plan.

The president is set to attend the State Funeral of Queen Elizabeth II.
InPictures
2 months ago

Why Ruto should have sent Gachagua to Queen's funeral - Mutahi Ngunyi

"Arap Moi did this for Jomo Kenyatta. And Gachagua is more eloquent."
News
2 months ago
Post a comment
WATCH: The latest videos from the Star
by PURITY WANGUI
News
20 September 2022 - 15:26
Read The E-Paper