Kingi says currently senators are underfunded, making it near impossible to put counties in check 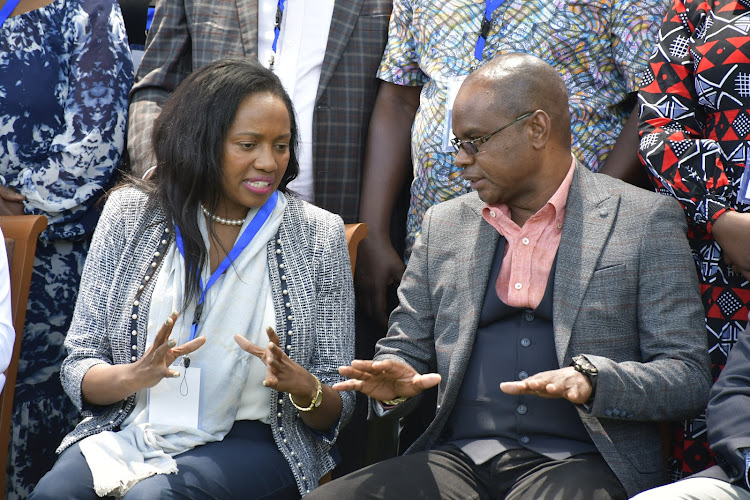 Senate Speaker Amason Kingi has called for an oversight fund to assist senators fulfil their mandate.

The Speaker said currently senators are underfunded, making it near impossible for them to put counties in check.

For years, senators have decried the lack of a fund to help them provide oversight to counties hence putting them at the mercy of the governors.

The Salaries and Remuneration Commission has scrapped allowances for parliamentarians.

The call for a fund came during the 13th Senate induction retreat at Sawela Lodge in Naivasha, where all senators have converged for five days.

Addressing the press, Kingi said in some cases senators were seeking support from governors to visit various projects, a move he termed as wrong.

He gave an example when as the governor for Kilifi he had to assist his senator with fuel so as provide oversight.

“We are not calling for an increase in our allowances but currently the senators have guns but no ammunition thus affecting their oversight role,” he said.

Kingi at the same time said he and his counterpart in the National Assembly were keen to resolve the bad blood between the two Houses.

He said he had an engagement with Speaker Moses Wetang'ula where it was agreed that the two Houses would consult and work together.

“When members of the two houses differ, it’s the common mwananchi who suffers as bills and relevant laws are not implemented,” he said.

On the impasse in the National Assembly over the leader of majority, Kingi was reluctant to comment on the issue, saying his counterpart was handling that.

“I don’t want to preempt this as my colleagues in the National Assembly are handling it but as a member of PAA party, we are fully in Kenya Kwanza,” he said.

This was echoed by Mandera Senator Ali Roba who, denounced any agreement signed between his party and Azimio La Umoja.

The UDM leader said they were in the dark over the content of the agreement, adding that they had written to the Registrar of Political Parties over the issue.

“No one is aware of the content of this agreement and you cannot enforce anything in a document whose contents you are not aware of,” he said.

The deputy Speaker Kathuri Murungi said he was keen to strengthen the leadership of the Senate by engaging experts.

Others who spoke were Nakuru Senator Tabitha Karanja who said that they were keen to use the induction workshop to enlighten themselves.

“The country is currently undergoing through a lot of challenges and the Senate can come in handy in addressing this through the right policies,” she said.

Key discussions centre on devolution and the relationship with different arms of governments.
News
2 months ago

He said Azimio had intimidated the parties into joining the coalition.
News
2 months ago

Kalonzo announced they have settled on Ugunja MP Opiyo Wandayi as the minority leader.
News
2 months ago
Post a comment
WATCH: The latest videos from the Star
by GEORGE MURAGE CORRESPONDENT
News
20 September 2022 - 23:00
Read The E-Paper