•The outgoing speaker George Ndotto, who has held the post for two terms, is seeking to reclaim it and is among those who returned their nomination documents. 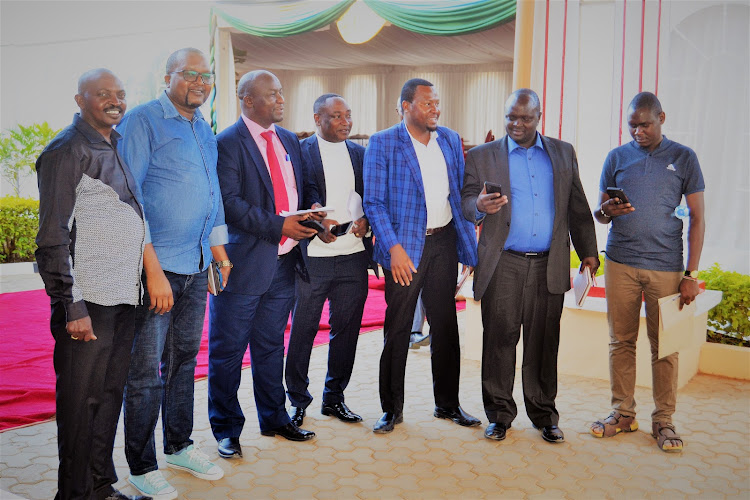 A section of aspirants seeking the Kitui Assembly speaker's seat pose for a picture after attending a meeting with the Assembly clerk.
Image: MUSEMBI NZENGU

The race for the position of speaker of the Kitui County Assembly is taking shape after 12 aspirants returned their filled nomination forms by the Monday deadline ahead of the Wednesday elections.

Although about 20 aspirants initially expressed interest in the speaker seat, the number whittled down to 12.

The Kitui County assembly clerk Elijah Mutambuki has given a public notice declaring the vacancy of the speaker and his deputy.

The elections will be conducted soon after the MCAs-elect are sworn into office during the first sitting on Wednesday.

The 12 candidates include the outgoing speaker, George Ndotto, who is defending his seat.

He beat the Monday 9 am deadline of returning filled nomination forms to the office of the assembly clerk. 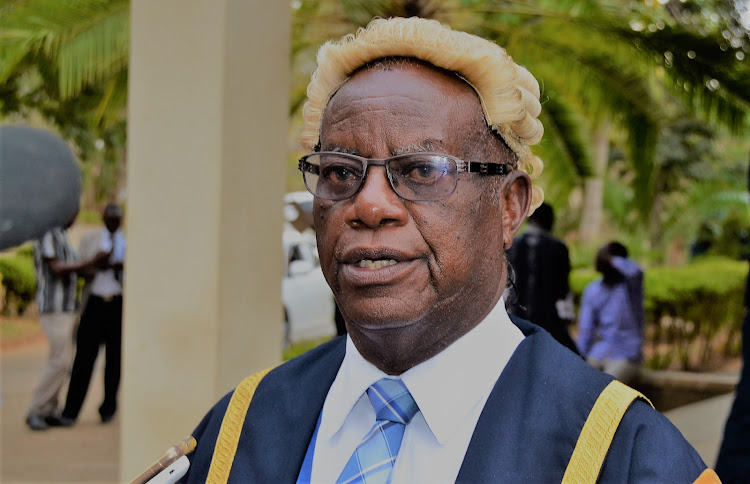 This is happening in the wake of a declaration by the leader of the Wiper Party that has dominant MCAs in the Kitui County assembly, Kalonzo Musyoka, that he did not have a favourite candidate.

Speaking to Wiper nominated MCAs in Nairobi last Saturday, Kalonzo said that his party did not have any favoured candidates in all the Ukambani counties.

He told the MCAs to exercise their democratic rights to elect able speakers of their choice. 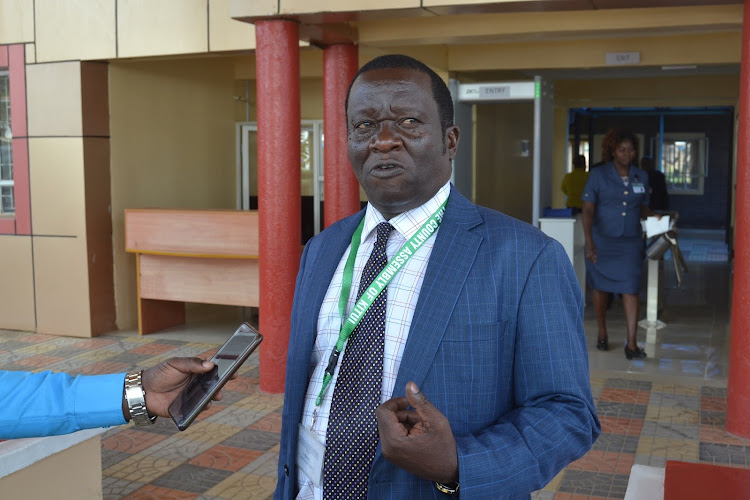 THE HEAD Kitui County Assembly clerk Elijah Mutambuki  who had issued a public notice that the election for the Kitui Assembly speaker will be held on Wednesday.
Image: MUSEMBI NZENGU

On Monday afternoon, some aspirants for the Kitui speaker’s position who had presented their nomination documents held a closed-door briefing from the clerk of the county assembly Elijah Mutambuki.

They also conducted a tour of the assembly chambers.

Although the aspirants had met the deadline for applying to contest, sources at the assembly said that those who will ultimately be qualified to be on the ballot papers would be known on Tuesday morning.

The Star also learnt that members of the Kitui Assembly's top echelons were on Monday evening holed up in a meeting going through the nomination list to establish whether they qualify for the contest or not.

Post a comment
WATCH: The latest videos from the Star
by MUSEMBI NZENGU News Correspondent
News
19 September 2022 - 21:40
Read The E-Paper