He said Azimio had intimidated the parties into joining the coalition.

• Duale said the parties that decamped Azimio do not have to wait for three months after the general election to cancel their membership.

• He claimed the parties had been intimidated to sign the pre-election coalition agreement, marking it "null and void." 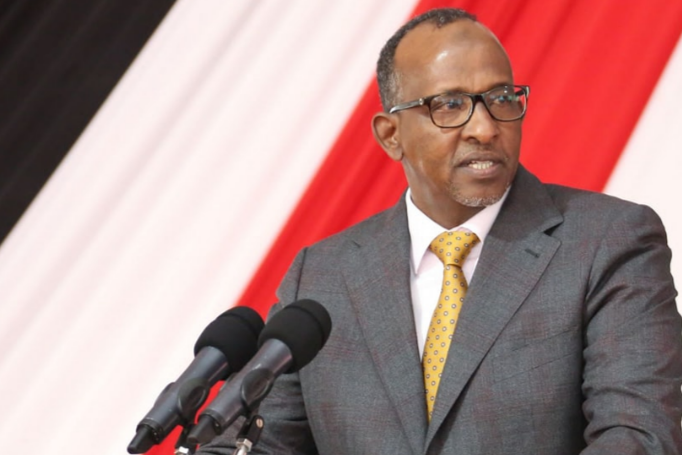 Duale said the parties that decamped Azimio do not have to wait for three months after the general election to cancel their membership.

"Article 36(1) of the Constitution provides that every person has the freedom of association which includes the right to form, join and participate in the activities of any association," he tweeted on Sunday.

"Article 36(2) further provides that a person shall not be compelled to join an association of any kind."

His remarks come a day after President William Ruto told the opposition to focus on House minority leadership.

"Our friends on the other side will choose the leaders of the minority because they are the minority," he said.

On Friday, Narc Kenya leader Martha Karua said Azimio was still the majority party, even though some parties had decamped.

Dismissing Karua's remarks, Duale said the parties that decamped, were in alignment with the aforementioned Article.

He claimed the parties had been intimidated to sign the pre-election coalition agreement, marking it "null and void."

"In this regard, any such pre- or post-election coalition agreements by the Parties to be part of the Azimio Coalition are contrary to Article 36(2) of the Constitution which provides that a person cannot be compelled to join associations of any kind," he said.

"To this end, any explanation advanced to negate the free will of the Political Parties that have formed pact with the Kenya Kwanza Coalition is hence unconstitutional and falls flat on the face of Articles 36 and 38 of the Constitution," he said.

Duale further claimed that Azimio la Umoja One Kenya Alliance was registered as a party under section 7(7) of PPA 2011 making it eligible to field candidates from all elective positions.

He pointed out that choosing only one position, that of the president, meant it did not field any parliament members.

Duale further said Azimio was not eligible to receive Political Parties Fund, as it does not have any governors, members of National Assembly and Senate or MCAs.

"They just have to live with the reality, that they are the minority," he said.
News
2 months ago

She urged the leaders to be united and strong to achieve their mandate.
News
2 months ago
Post a comment
WATCH: The latest videos from the Star
by SHARON MWENDE
News
18 September 2022 - 21:36
Read The E-Paper