Gachagua was speaking during the official opening of governor's induction workshop. 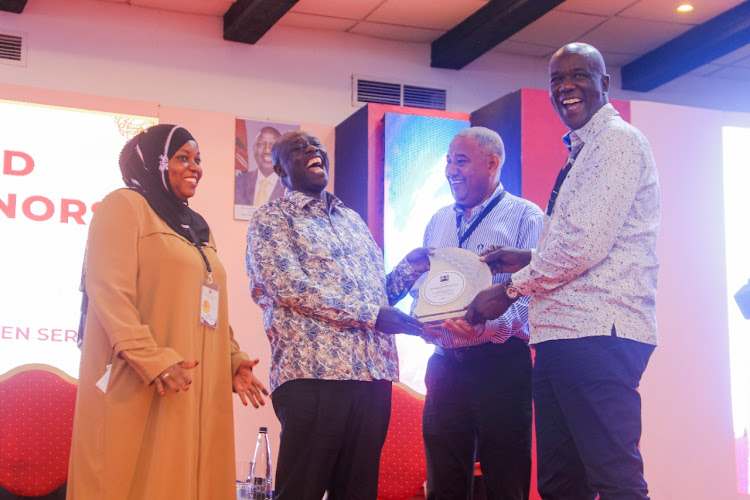 President William Ruto is committed to ensuring that devolution works in the country, Deputy President Righathi Gachagua has assured the 47 governors and their deputies who are meeting in Mombasa.

Gachagua told the county chiefs at PrideInn Paradise Hotel in Mombasa that, “President Ruto is serious about devolution and his remarks during his inauguration were true and genuine.”

“Just as he has started with the judiciary, more things will be coming to support devolution. In the last regime, things did not work because there was a lack of political goodwill,” said Gachagua.

He was speaking during the official opening of the three-day induction workshop for the third-generation governors.

On Tuesday, President Ruto said one of the best ways of accelerating national development is through collaboration with county governments.

He said he witnessed first-hand the tremendous potential of inter-governmental synergy and therefore looks forward to scaling up our capacity to harness these bountiful possibilities.

“Because of this realization, I have no hesitation in accelerating the transfer of outstanding functions to counties, together with the attendant resources,” said Ruto.

Gachagua said the Kenya Kwanza government will ensure the governors get funds at the appropriate time to support the devolved functions.

“The issue of delayed disbursement will be addressed. The issue of transfer of services, followed by resources will be dealt with,” he said.

Gachagua said his predecessor Ruto could not perform in the last regime as the chairperson of the Intergovernmental Budget and Economic Council (IBEC), which brings together the governors and the national government, because he was being sabotaged.

“As your new chair of IBEC, I want to assure you that we will work together. Everything we agree on will be implemented,” said Gachagua.

He urged the governors to work together as a team irrespective of their political affiliation in order to make devolution work.

“I want to urge you to disregard the various coalitions that we were in. Whether you are in Azimio or Kenya Kwanza, that is now water under the bridge. Let us work together,” he said.

The three-day workshop, which kicked off Thursday at 10 am, will see the governors taken through the Constitutional and legal framework anchoring devolution, county structures and processes, and public participation.

The governors are also expected to elect new leadership for a five-year term.

The slots up for grabs include the chairperson and deputy chairperson positions, Council of Governors Whip seat, and 18 chairpersons of 18 various committees.

Kenya Kwanza Alliance and the Azimio la Umoja Coalition party will be battling to control the Council of Governors.

Gachagua urged the governors to elect their new leadership through a consensus.

“If you elect your chair on consensus, so be it. Work together as a team to have stronger bargaining power,” he said.

President Ruto is expected to close the workshop on Saturday.

Gachagua lost track of Amadi's words and recited his own words.
News
2 weeks ago

Gachagua promised to obey and protect the constitution.
News
2 weeks ago
Post a comment
WATCH: The latest videos from the Star
by CHARLES MGHENYI Chief Correspondent, Coast Region
News
15 September 2022 - 22:09
Read The E-Paper