How KRA will deal with tax evaders under Ruto

•Gachagua on Tuesday accused former President Uhuru of using state agencies, including the KRA, to intimidate and persecute opponents.

• KRA has had a long-standing dispute with Keroche Breweries over non-remittance of taxes which has on some occasions seen its owners arrested and the Naivasha-based brewery closed down. 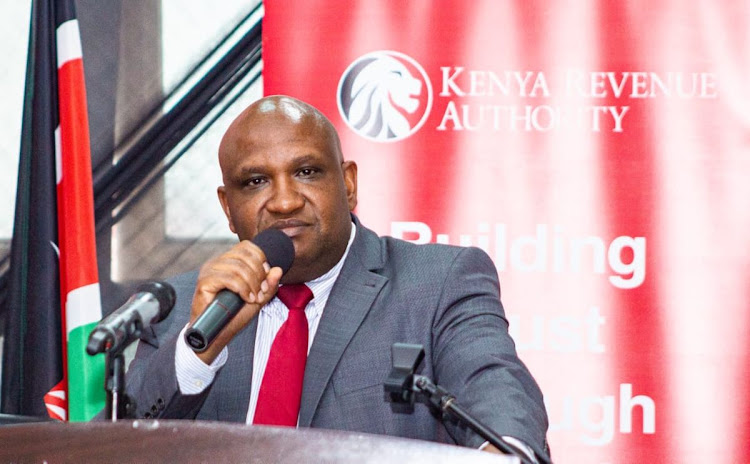 The Kenya Revenue Authority has committed to embracing dialogue with business entities in revenue collection.

"We can all do better to support our country if everybody pays what they owe - not a shilling more not a shilling less - we are going to do what is required of us as Kenyans in support of our country," Mburu said in a statement on Twitter.

Rigathi insinuated that the clampdown on businesses whose owners were opposed to Uhuru's policies resulted in the plummeting of the economy that's now on the verge of total shutdown.

"I want to tell the people of Kenya that you are finally free. You don’t have to talk with each other through WhatsApp for fear of being recorded and persecuted by state agencies," Gachagua said moments after taking an oath of office alongside President William Ruto at Kasarani stadium.

KRA has had a long-standing dispute with Keroche Breweries over non-remittance of taxes which has on some occasions seen its owners arrested and the Naivasha-based brewery closed down.

But Mburu assured business owners and Kenyans at large that the authority will henceforth adopt more cordial ways in its quest to get those who fail to honour their tax obligations to do so.

"Our call to all Kenyans is for them to pay taxes as we work on ways to engage them in a friendlier manner with a lot of dialogue," Mburu said.

"We are going to engage them in a friendlier manner, a lot of dialogue, less aggression but more discussions and we are going to collect taxes," he added.

High Court issued an order for the reopening of the brewery.
Business - Page 14
4 months ago
Post a comment
WATCH: The latest videos from the Star
by EMMANUEL WANJALA Radio, Print & Digital Reporter
News
14 September 2022 - 12:19
Read The E-Paper