•Mumias sugar company has over the years been reduced to a shell of its former glorious self, owing to numerous setbacks.

•The woes started in 2008 when it started going down through to September 2019, when it was placed under receivership by the Kenya Commercial Bank. 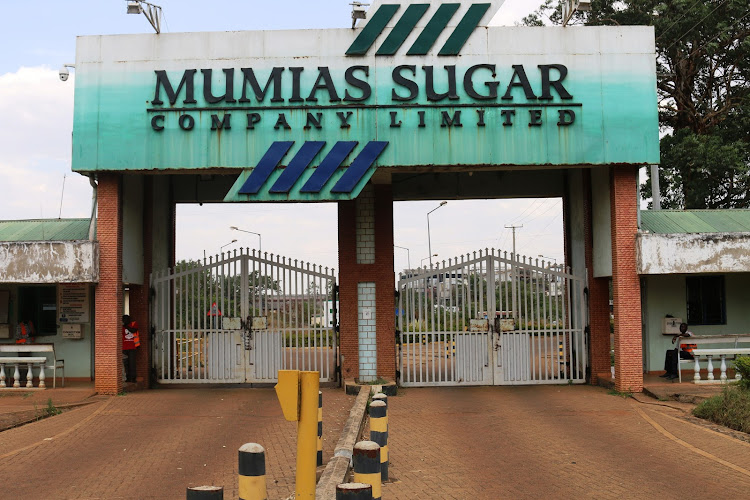 Kakamega governor-elect Fernandes Barasa has pledged to have troubled Mumias Sugar Company up and running within the first 100 days in office.

Barasa who will be sworn in at the Bukhungu Stadium on Thursday, September 15, said he was aware that the woes were majorly caused by political cartels who keep sabotaging any previous efforts to revive the miller.

Once the largest producing sugar miller in the region, Mumias sugar company has over the years been reduced to a shell of its former glorious self, owing to numerous setbacks among them procedural, management and financial irregularities.

The woes started in 2008 when it started going down through to September 2019, when it was placed under receivership by the Kenya Commercial Bank and later hit a dead end.

Barasa, however, said he has the perfect plan to revive the sugar company which will include tackling cartels who have been given the red light to import sugar when the company has enough capacity to produce the commodity.

He said there have been deliberate attempts to frustrate the receiver manager from finding investors and firms to help with the revival of the troubled miller.

He said his administration has the biggest task of changing the mindset of farmers who because of the frustrations they experienced, quit sugarcane farming and embarked on other economic activities.

“Many of these people are no longer interested in sugar cane farming because they no longer find the returns attractive. We have a lot of sensitisation to do, to change perceptions to support revival efforts of Mumia sugar,” he said.

Barasa has publicly supported the leasing out of the miller to Sarrai Group and promised to ensure the investor receives all the needed support to revive the company.

“We must shame the cartels. This starts by supporting our local investors even as they make efforts to revive a company that will benefit our people,” he said.

In April, the High Court cancelled a leasing tender for Mumias Sugar Company that had been awarded to Ugandan conglomerate Sarrai Group.

Subsequently, the group has been ordered by the same court to vacate the premises of Mumias Sugar Company.

The petitioner is accusing Sarrai of operating in Mumias under the protection of local politicians.
Counties
2 months ago

He said the revival of the sugar factory had failed before due to political cartels.
News
3 months ago

Say poor working conditions and mismanagement resulted to the death.
Counties
3 months ago
Post a comment
WATCH: The latest videos from the Star
by CHETI PRAXIDES Correspondent,Coast Region.
News
14 September 2022 - 23:00
Read The E-Paper