Klebsiella bacteria identified in 14 newborns, it is resistant to most antibiotics

• KNH laboratory identified a case of multidrug resistant klebsiella pneumonia from the blood of an infant in neonatal unit on August 22.

• It was resistant to almost all antibiotics for newborns. Six of 14 babies died. 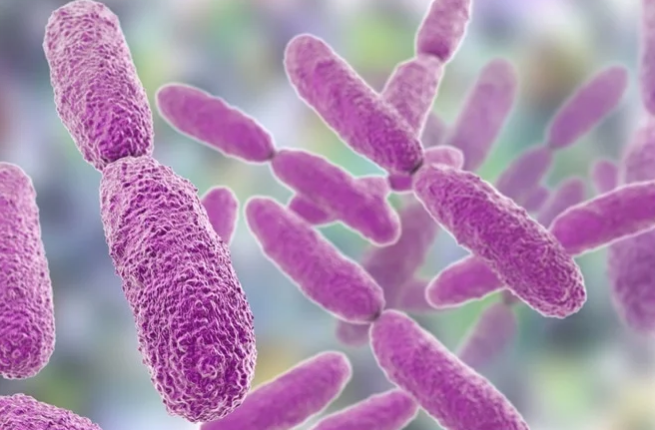 Cases of multidrug resistant Klebsiella pneumonia have been reported at Kenyatta National Hospital and six of 14 babies have died.

The Ministry of Health has imposed numerous strict measures to test and prevent the transmission of the bacteria.

All referral health facilities must collaborate with each other to minimise cross-hospital transfer of Klebsiella pneumonia infections.

The Health ministry on Friday announced numerous measures to check the spread of infections.

Multidrug resistance occurs when a species of microorganisms is resistant to at least one antimicrobial drug in three or more antimicrobial categories.

Other measures include increased surveillance, active screening for those at risk, contact precaution as well as environmental screening.

The KNH microbiology laboratory identified a case of multidrug resistant Klebsiella pneumonia from the blood of an infant admitted to the neonatal critical care unit on August 22.

It was resistant to almost all antibiotics available for treatment of newborns.

Since then, the same organism has been isolated from 13 other newborns, six of whom have died. All were managed according to standard procedures.

Health CS Mutahi Kagwe has called for enhanced infection prevention and control measures as antimicrobial drug-resistant cases increase, not only in infants.

“KNH and other health facilities need to review their surveillance systems to improve identification and management of healthcare-acquired infections,” Kagwe said.

He said facilities should screen all babies at admission to newborn unites for early identification and isolation of infected ones. They should also ensure continuous capacity building for all staff on infection prevention and control.

Klebsiella is a bacteria that causes different infections such as pneumonia, bloodstream infections, wound or surgical site infections, urinary tract infections and meningitis

The Centres for Disease Control and Prevention said the bacteria usually lives inside the human intestines where it does not cause a disease. If it gets to other areas of the body, however, it can lead to a range of illnesses.

The US-based CDC said those more likely to get Klebsiella pneumonia are those with weakened immune systems, sick or injured people and those undergoing surgical or other procedures.

Also at higher risk are patients with ventilators, intravenous catheters and those taking long courses of certain antibiotics.

The CDC said Klebsiella bacteria have increasingly developed resistance to antibiotics. It said bacteria such as Klebsiella-causing pneumonia produce an enzyme known as carbapenemase.

Then a class of antibiotics known as carbapenems will not kill the bacteria and treat the infection.

“Unfortunately, carbapenem antibiotics often are the last line of defence against infections that are resistant to other antibiotics,” the CDC said.

The Ministry of Health, through its division of Neonatal and Child Health, has enhanced efforts to improve infant mortality rates. The rate was 22 deaths per 1,000 live births in 2014.

The aim is to attain sustainable development goals target for infant mortality rate of 12 deaths or below per 1,000 live births.

Among the measures include the development of the Maternal and Neonatal Health quality of care standards for small and sick newborns in health facilities.

The ministry is also adopting and developing assessment tools for small and sick newborns up to the age of one month besides.

It is working with counties to build capacity and monitor how the prescribed quality of care standards are being implemented.

The Neonatal and Child Health division is developing a tool for monitoring infants and sick newborns to better manage infections.

A study in March 2016 showed that Kenya is already experiencing high levels of antibiotic resistance. They include high rates of resistance to respiratory enteric and hospital-acquired infections.

the study indicated that many available drugs such as penicillin and contrimoxazole are unlikely to be effective.

The Kenya Medical Research Institute said resistance to antimicrobial agents is one of the most important emerging threats to global health.

It said low- and middle-income countries such as Kenya will suffer misappropriately from the effects of antimicrobial resistance. This is due to restricted access to third and fourth line antimicrobials and limited resources for supportive care.

Bacteria resistance grows, but only few drugs are coming

On average resistance is reported to most new agents two to three years after entry into the market.
News
5 months ago

Antibiotics are failing, and we're all in danger – Unep

Diseases that were easily treatable could soon turn fatal, as bacteria become resistant
News
8 months ago

WHO says antimicrobial resistance is one of the top 10 global public health threats.
News
1 year ago

The world is unprepared for rise of superbugs — WHO