Union issues seven-day ultimatum to police to make arrests and reveal those behind deaths. 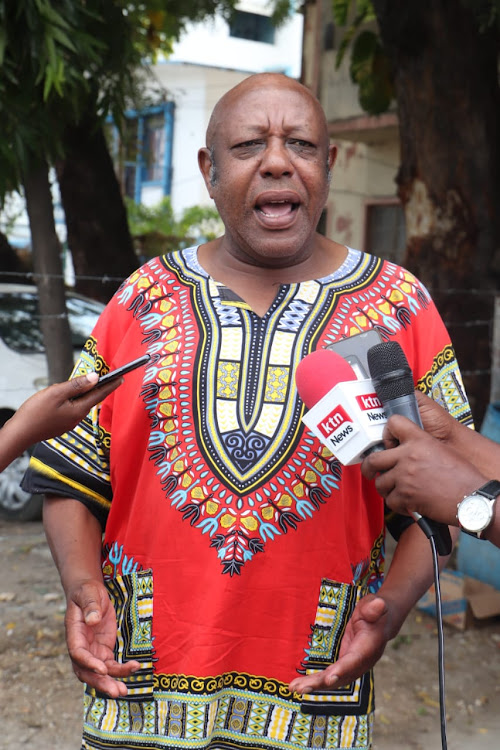 Long-distance drivers threatened to paralyse operations following the continued killings of their colleagues along the Voi-Masimba stretch of Mombasa highway.

In the last three months alone, four drivers have been hijacked and killed, with the latest on Thursday morning.

The Kenya Long Distance Truck Drivers and Allied Workers Union has has issued a seven-day ultimatum to police to make arrests and reveal those behind the killings, failure to which they will go on strike beginning Friday next week.

Addressing the media in Mombasa, the union’s national general secretary Nicholas Mbugua said it was sad that drivers have been dying on the highway and yet no action has ever been taken.

“This is the fourth driver killed now, and so far, no arrests have been made. We are giving the government seven days to tell us what is going on,” Mbugua said.

“By next week Thursday, if no one would have been arrested, I am telling the government that no lorry will be on the road beginning Friday.”

He said complaints from drivers about the security issue along the stretch have been falling on deaf ears as to date no action has been taken to apprehend even a single suspect.

Mbugua also called on the government to ban the illegal sale of diesel along the highway, saying it is a major contributor to the hijacking of truck drivers.

He said highway robbers have been targeting long-distance trucks to siphon fuel and in some cases steal goods in transit.

“Let us be like our neighbours Uganda, no fuel is sold on jerricans, only through the pump,” Mbugua said.

He asked the police patrolling the highway to be vigilant and not only stop trucks to take bribes, saying they should be suspicious of trucks carrying more than one person.

“We are still fighting for turn boys to be brought back. A truck should have only the driver on board. In case you see more than one person, raise the flag because the driver could have been hijacked but is unable to indicate that to you,” Mbugua said.

He also warned drivers to park in safe areas, saying many choose to park and sleep in the middle of nowhere to save on the millage money given to them by employers.

“It is sad that employers stop drivers from joining unions, many have been fired for doing so. But we continue to push and recruit them, many of those who have ended up being kidnapped were looking for something extra,” he said.

He said most drivers were employed through word of mouth and paid peanuts, making it difficult to fight for their rights. Those in the union were earning nothing less than Sh50, 000 per month.

“How do you expect a driver to survive on Sh8, 000 from Mombasa to Malaba all the way to Kampala in Uganda and back?” he posed.

The union’s national chairman David Chiroto added that police along the Voi-Maungu stretch should be held accountable, saying it was astonishing that criminals just disappear in thin air after killing and abandoning bodies along the road.

He demanded for security to be beefed up along the area especially Maungu,saying truck drivers have a right to live and fend for their families.

“When we chose to become truck drivers, it didn’t mean that we signed our death certificate. Guarantee us security so that we can do our work and fend for our families,” Chiroto said.

Post a comment
WATCH: The latest videos from the Star
by ONYANGO OCHIENG
News
09 September 2022 - 23:00
Read The E-Paper