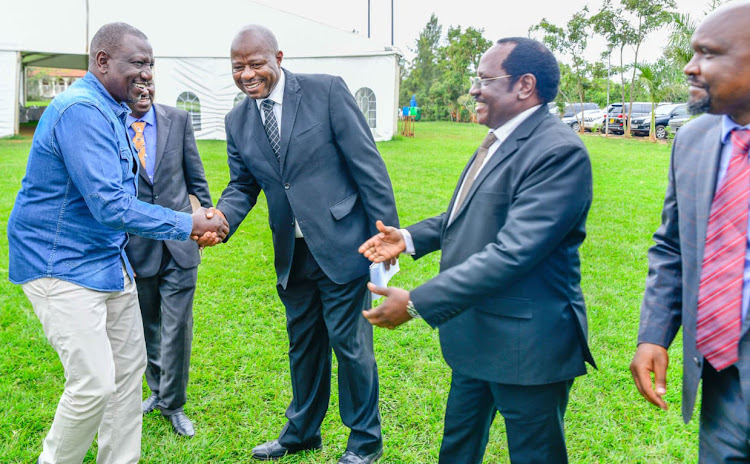 Academic staff from various universities now want the new government to increase funding and save the ailing institutions.

Kipkoros Kandie, an engineer from the University of Nairobi, said the Kenya Kwanza education charter should be able to deal with these issues.

The engineer said lecturers are hopeful that their working conditions will be improved.

"The plan shall reinvigorate and restore the dignity of academic stalwarts who have suffered affliction and disdain," Kandie said.

The lecturers decried incomplete implementation of the 2017-2021 Collective Bargaining Agreement.

The methods used by different universities include diagonal, horizontal, stepwise, swinging and the old CBA.

According to an audit, certain universities implemented unknown formulae, resulting in negative arrears.

Six other universities have been paying their staff according to the old CBA, starting in 2010.

Kandie said the capitation on Higher Education Loans Board should be increased.

“Central to the plan is doubling of the funding to Helb from Sh11 billion to Sh22 billion,” Kandie said.

The lecturer was speaking at the Public Service Club during a press conference on September 9.

They congratulated President-elect William Ruto’s win and said they trust in his leadership.

They said they fully support the Kenya Kwanza education charter.

Kandie said that the President-elect should use his experience in public service to improve the education sector.

“We are optimistic that Ruto, being an academic giant, will urgently and effectively put mechanisms to rescue public universities,” the lecturer said.

In his education charter, the President-elect promised to increase the number of vocational institutes in different regions in the country.

Currently, each county has one Technical and Vocational Training Institute.

“For example, the universities in Mombasa should have courses that focus on the Blue Economy while those in Turkana will have mining and extractive courses,” the charter reads.

Grace Kibue from Egerton university called for reforms in appointment of councils and vice chancellors.

Kibue said the process should be competitive and only the best should be selected.

“We have had situations where candidates who perform dismally are the ones who are picked,” she said.

Kibue also urged the new government to ensure council members have a history of working in a university, "so they have an understanding of how universities are run."

She faulted the Kenyatta University council for the ongoing leadership tussle at institution and called on councils to follow the law and abide by court orders.

“Court orders have been ignored and this results to conflict between staff and unions,” Kibue said.

The charter proposes to increase capitation for both universities and TVETs and restructure Helb to offer interest-free loans.

Currently, the government sponsors university education at Sh70,000 per student and Sh 30,000 for TVET students.

Ruto also proposed the amendment of the Universities Act, 2012, which seeks to allow the transfer of management of universities, including hiring from the public service.

It also includes putting in place legislative, policy and budgetary measures to address the current financial crunch in public universities.

In May, Universities Academic Staff Union organising secretary Onesmus Mutio spoke to the Star while asking the government to deal with the crisis facing universities.

“Within the first 100 days the next government should think of how to deal with the situation facing our universities,” Mutio said.

He said the next government should train lecturers, fund research, support students and extend the type of support enjoyed by primary and secondary schools.

“If the next government does not take universities seriously then we are likely to close down many universities and the current crisis might escalate,” the organising secretary said.

The sacked group has also been prevented from accessing KU premises.
News
4 months ago
Post a comment
WATCH: The latest videos from the Star
by LAURA SHATUMA
News
09 September 2022 - 23:00
Read The E-Paper