MPs claim the lawmaker did not tender his resignation properly

•Vote proceeded with Wetangula winning the first round with 214 votes. 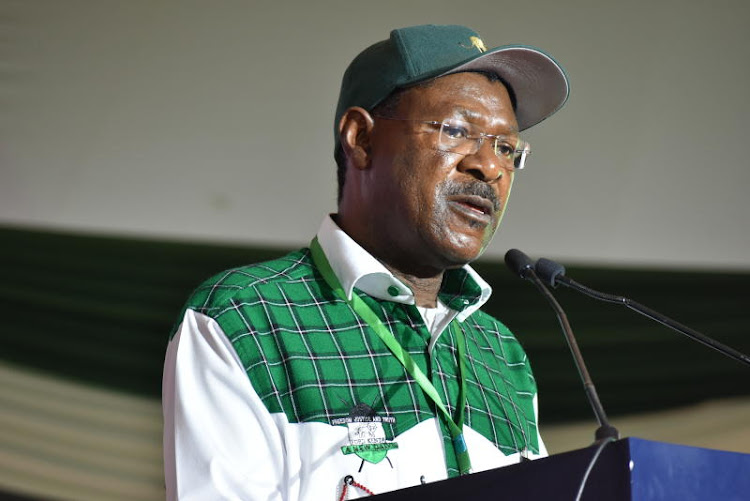 Azimio la Umoja leader Raila Odinga's allies in Parliament have challenged the eligibility of Moses Wetangula for election as Speaker of the National Assembly.

They argued that Wetangula did not resign properly and hence sought that he be disqualified from the contest on the said ground.

Led by Ruaraka MP Tom Kajwang, the lawmakers said argued that Wetangula resigned irregularly as there was no speaker.

He argued that since former Senate Speaker Kenneth Lusaka, now Bungoma Governor, had been elected to the new office, there was no speaker for him to resign to.

Kajwang, therefore, held that in the circumstances, Wetangula was an elected member of the Senate and should have tendered his resignation strictly to the Speaker.

“There was no speaker to whom the candidate would have given his resignation letter. That office is no office without the substantive holder. He resigned to no speaker,” Kajwang explained.

“The speaker to whom he allegedly delivered his letter was an elected governor. As per the Constitution, Article 103 says the term of Parliament expires on the date of the general election.”

Wetangula, however, was allowed to run and won the first round of voting with 215 votes against Marende’s 127.

Article 103 of the Constitution also provides that a member resigns by writing to the Speaker, with 106 providing that the speaker’s seat becomes vacant when the Houses meet for the first time.

Kajwang’, in his appeal to acting clerk Serah Kioko to find the Senate ineligible to contest the speaker seat, further argued that Wetangula had not been cleared of the Tokyo Embassy scandal.

But Kioko ruled him out saying one only becomes a member upon being sworn in, and as such Wetangula was an ordinary citizen at the time he handed his application.

She revealed that a letter in her possession showed that Wetangula resigned on August 29, a day after the IEBC gazetted Senators-elect.

“It is clear a person is a member of the public until they take the oath. Even if we were to overlook Article 74, and argue there was a need for the senator to resign, I have a letter addressed to the Senate on August 29 indicating Wetangula’s decision to resign as Senator-elect,” the acting clerk said.

She further argued that the speaker’s position became vacant when the new Senate sat for the first time on Thursday.

“Seats become vacant upon the receipt of a resignation letter. It doesn't require the presence of a speaker for the resignation to take effect,” Kioko said, adding that IEBC also confirmed Wetangula as eligible.

She made the ruling after William Ruto’s allies Aden Duale (Garissa Township) and Kimani Ichungwa (Kikuyu MP) put a strong case for Wetangula.

Ichungwa argued that the office of the speaker exists in perpetuity until a new speaker is elected, hence Wetangula’s letter was duly executed.

For his part, Duale argued that Wetangula ceased to be Senator on August 9.

“From then to this afternoon, he was Senator-elect,” the MP said, adding that Wetangula was not under any legal or constitutional obligation to resign.

On the report that indicted Wetangula, he argued that investigative agencies cleared the Senator, adding as a result, President Mwai Kibaki (deceased) reappointed the lawmaker.

But Nominated MP John Mbadi said the issue remains unsolved, much as the clerk ruled that voting proceeds.

“At what point would an elected person be considered an MP? Assuming office is not the same as being elected. Only court can nullify the result of an election,” the former Suba South MP said.

He argued there was a grey area on the provision that an MP has to resign before seeking election as Speaker.

“An MP has to resign before seeking election as speaker. There is a grey area. Whether you make Wetangula run or not, there is a problem with the provision,” Mbadi said.

"I did resign a day after the gazettement of my election," he said.
News
4 months ago

Since its independence, Kenya has had less than 10 speakers.
News
4 months ago

Wetang'ula is my brother, I won't disclose my vote — Wanyonyi