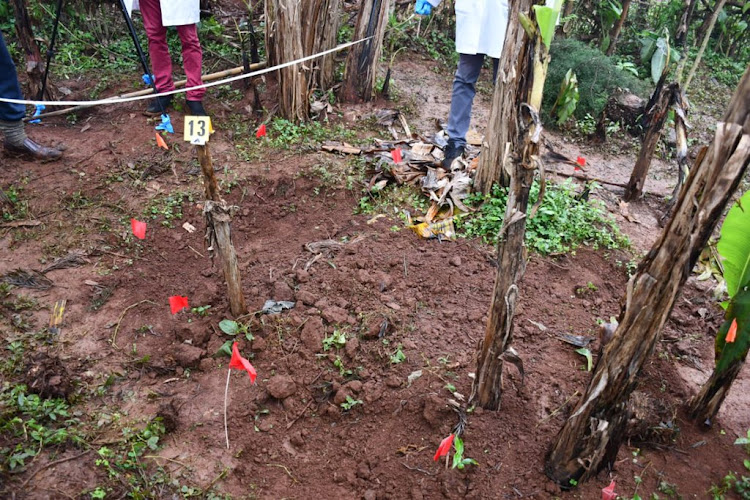 Detectives unearth a grave where a 72-year old woman who had gone missing a week ago had been buried.
Image: DCI

Detectives based at the Homicide Department, have unearthed a grave where a 72-year-old woman who had gone missing a week ago had been buried.

A sombre mood engulfed Kirimahiga village in Mathioya, Murang’a county, as the homicide experts accompanied by their forensic Crime Scene investigators exhumed the decomposing body of Joyce Wangari, to the disbelief of a shocked crowd that had gathered at the scene.

According to the area chief Agatha Njoki, the elderly woman went missing last week on Friday, in unclear circumstances prompting a search mission across the entire village. 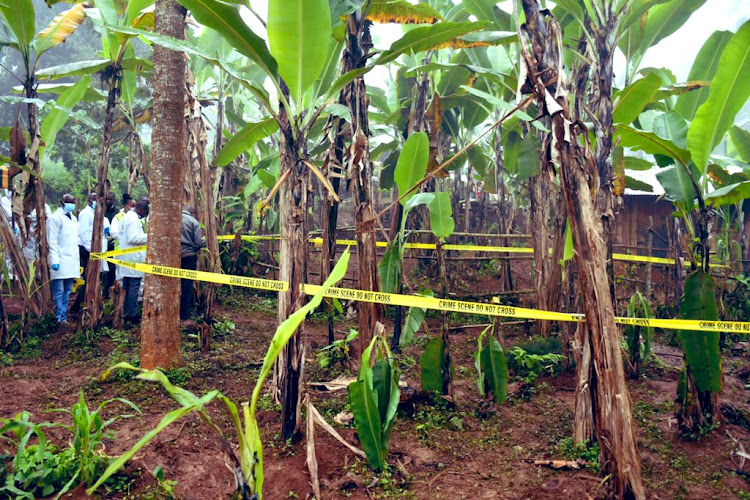 Detectives unearth a grave where a 72-year old woman who had gone missing a week ago had been buried.
Image: DCI

It is during the search at a banana plantation that the search party stumbled upon what appeared like a freshly dug area, prompting the invitation of homicide detectives based at DCI headquarters.

Upon securing an exhumation order from the court, the detectives got down to work and dug the area, unearthing the decomposing remains of the elderly woman, in an exercise also witnessed by public health officials based in Murang’a County.

Immediately after the exhumation, a postmortem was conducted at Murang’a level 5 hospital and it was discovered that the 72-year-old woman had been strangled prior to being buried in the shallow grave.

Following the discovery, investigations into the murder were initiated, leading to the arrest of one suspect.

She said the suspects threatened to slit her throat open if she dared to raise alarm.
News
2 months ago