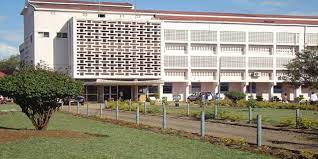 The Jaramogi Oginga Odinga Teaching and Referral Hospital in Kisumu has issued a notice for the disposal of unclaimed bodies.

CEO George Rae said all bodies that have overstayed for more than six months are due for discarding, since they have exhausted the facility’s resources.

“We urge members of the public to visit the hospital and help identify the bodies," Rae said in the notice.

The CEO said the notice is part of a lawful process that will culminate with the eventual disposal of the unclaimed bodies.

The situation is said to have been compounded by the lack of a city morgue in Kisumu.

The JOOTRH has been the center for bodies brought in by police for preservation.

The hospital joins the Baringo County Referral Hospital, which resorted to disposing of 42 unclaimed bodies.

They include 33 newborns who died during or after delivery, nine abandoned due to banditry attacks and suicides among other causes, brought by police.

The numbers were said to have overgrown beyond the facility’s capacity of only 48 bodies, a situation likely to pose a health risk due to preservation challenges.

BCRH said they regretted the reluctance by relatives even after humbly requesting them to effect the process of picking their loved ones to, decongest the facility’s morgue.

Mortuary can store 48 bodies, now has 57, crowding can damage freezers.
Counties
3 months ago

Majority bodies were brought in by police from crime scenes or road crashes.
R.Valley - Page 30
3 months ago