Dared to dream? The rise and fall of Cleophas Malala

The play written and directed by Malala was so controversial that the Ministry of Education banned it, but the High court lifted it .

•On Tuesday, the former Senator was forced to eat a humble pie after Fernandez Barasa was declared winner of the Governor’s race.

•In 2013, Malala joined the political field where he clinched the Mahiakalo MCA seat on an Orange Democratic Movement (ODM) ticket. 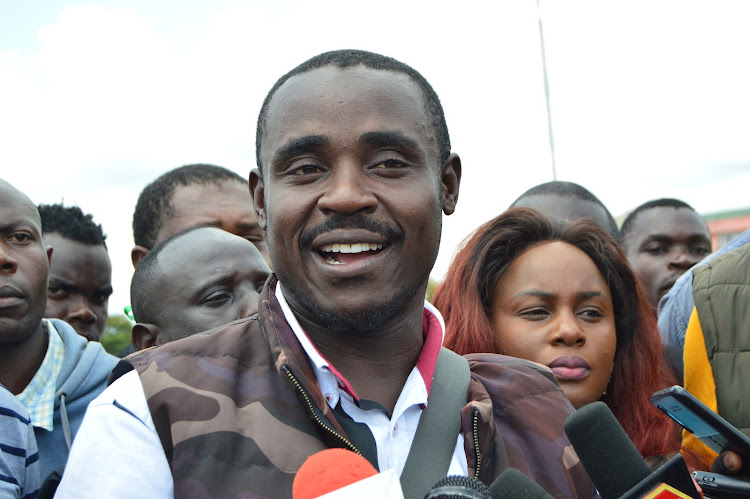 At the age of 27, Cleophas Malala broke into the limelight, right after his controversial play was featured at the national drama festivals.

The play written and directed by Malala and presented by Butere Girls' High School was so controversial that the Ministry of Education banned it, but the High court lifted the ban.

In 2013, Malala joined the political field where he clinched the Mahiakalo MCA seat on an Orange Democratic Movement (ODM) ticket.

He later joined the Musalia Mudavadi-led Amani National Congress party and he secured the Kakamega senate seat in 2017.

During his tenure at the Senate, Malala will be remembered for the dramatic debate over the Revenue Allocation Bill in 2020

Being a critic of the state formula, he was arrested together with his counterparts Bomet’s Chris Langat and Samburu’s Steve Lelegwe on August 17, 2020, after a 10-hour standoff.

Malala was driven from Nairobi to Mumias to face charges of violating Covid-19 containment measures.

They opposed the formula backed by President Uhuru Kenyatta and Raila.

The arrests triggered a storm where some senators accused state functionaries of 'unleashing terror' on their colleagues who hold divergent views.

Senators immediately linked the trio's arrest to the deadlocked debate on the contentious formula.

On September 14, 2020, the former Kakamega Senator broke into tears as he narrated to two Senate Committees how five police officers had allegedly been assigned to eliminate him.

In an emotional presentation to the Justice and Legal Affairs Committee and National Security, Defence and Foreign Relations Committee, Malala said the five officers were from the Directorate of Criminal Investigations (DCI).

“I am a husband and a young father. The most painful thing is that I am being accused of stage-managing my arrest on August 17,” Malala said while holding back tears. 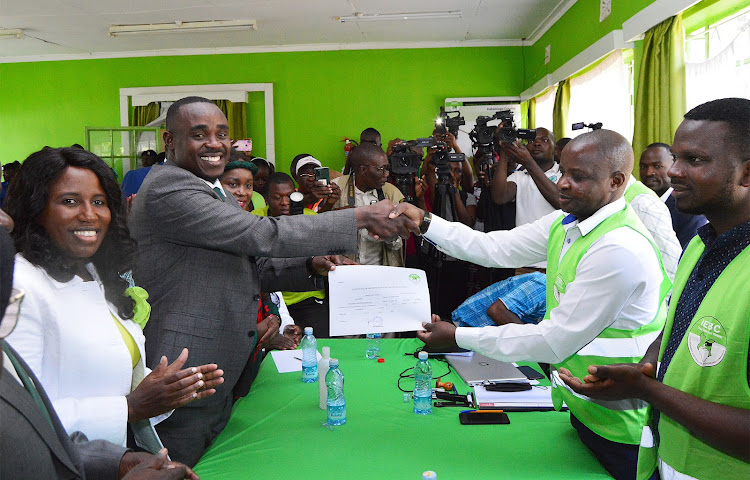 In March 2021, ODM Senators ousted Malala who was then the Senate Deputy Minority Leader and replaced him with Kilifi Senator Stewart Madzayo.

He had been at loggerheads with the then NASA’s dominant party, ODM, where he was accused of being a stumbling block to the coalition’s agenda, alleged gross misconduct and mischief among other things.

When Malala announced his bid for the Kakamega Governor race, his dream was almost cut short when ANC officially joined Kenya Kwanza early this year.

However after consultation among the two parties, on March 23, 2022, Khalwale stepped down in favour of Malala in the Kakamega governor race.

In a truce brokered by Ruto and Mudavadi, Khalwale was allowed to run for the Kakamega senatorial seat on a UDA ticket. He won the seat in the August 9 polls.

Three petitioners moved to court and argued that the 37-year-old senator is ineligible to vie as he never graduated with a degree from United States International University Africa (USIU) and should be disqualified from contesting for failure to meet the requirement of having a degree to vie for the governorship.

However, a Kakamega High Court has revoked orders barring IEBC from gazetting Malala’s name in the Gubernatorial list.

On Tuesday, the former Senator was forced to eat a humble pie after Fernandez Barasa was declared the winner of the Governor’s race.

Barasa garnered 192,768 votes against his closest challenger  Malala who got 59,275 votes.

The election which was postponed twice by IEBC recorded a low voter turnout.

Malala conceded defeat and said none of his votes was stolen.

"Hakuna kura iliibiwa. Don't be lied to, no votes were stolen. The results are valid and I accept them,” he noted.

The former Senator is however hopeful for a bright political future.

“Our road ahead will go far and it is a step toward making history… I’m optimistic that we are going to do better. We dared to dream,” he added.

Malala is in the Kakamega governor race to succeed Wycliffe Oparanya.
News
3 months ago

In Khwisero, Barasa's supporters clashed with those of Malala.
Counties
2 months ago

No votes stolen, Malala says as he concedes defeat