The senior counsel has asked the Supreme Court to find Chebukati unfit to hold office.

• In his submissions on the first day of hearings Wednesday, Norjee said Chebukati has allowed himself to be used to establish a government that is unconstitutional.

• The senior counsel told the seven-judge bench that one person cannot be allowed to use the same tricks across two elections. 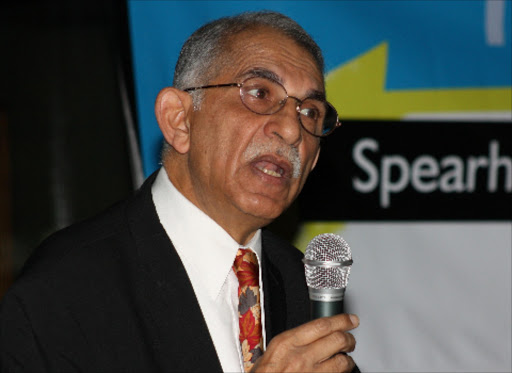 In his submissions on the first day of hearings Wednesday, Nowrojee said Chebukati has allowed himself to be used to establish a government that is unconstitutional.

"We pray that you make a holding that he has done such an attempt which is a mechanism within the Constitution itself and this election petition," he said.

The senior counsel told the seven-judge bench that one person cannot be allowed to use the same tricks across two elections.

The apex court in 2017 nullified presidential elections citing unverifiable results among the reasons. It was the first election overseen by Chebukati.

“He is destroying our democratic institutions...This person pursuit to Article 33 (2) is no longer fit to hold public office," Nowrejee said.

He asked the court should extend similar actions to what he termed as beneficiaries of the chairman's unconstitutional actions.

"We go further, is it possible that we can stop it (unconstitutional government) by stopping Mr Chebukati alone, and we submit no... We have to stop those people who do not take those steps but do take the benefit of those steps," he said.

Chebukati on August 15 declared William Ruto as President-elect after garnering over 7.1 million votes.

The declaration was preceded by protests by the Azimio la Umoja brigade and a dissenting opinion from four commissioners who refused to honour the results.

The commissioners said the final phase of verifying the votes was opaque.

"And those people who take the benefit of the steps which the Constitution itself says are unlawful cannot take public offices on the basis of a false (forms) 34C, 34D of a declaration made by a person who knows that made it falsely," he added.

How deceit, manipulation played out in August polls - Orengo

"IEBC is dysfunctional and not capable to preside over an election."
News
5 months ago