• In the Kakamega contest, Fernandes Barasa emerged winner with 192,929 votes with Malala coming in second with 159, 508 votes. 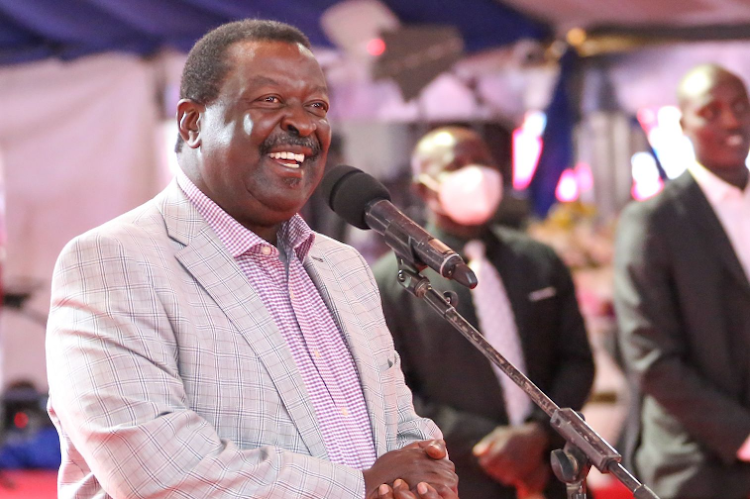 ANC party leader and Kenya Kwanza luminary Musalia Mudavadi has commended the coalition's candidates in the Kakamega and Mombasa governor polls for putting up a spirited fight.

In a tweet on Tuesday, Mudavadi said although Cleophas Malala and Hassan Omar lost the elections, they still have ample time ahead of them to flip the script.

"Though Cleophas Malala and Hassan Omar Sarai did not triumph, they put up a gallant effort. Age is still on your side," Mudavadi said in his consolation message.

The ODM party beat the United Democratic Alliance in the Mombasa race and floored ANC in Kakamega.

The ODM victory dealt a blow to President-elect William Ruto's Kenya Kwanza camp which put up a spirited fight to try and wrestle the seats from the Azimio la Umoja One Kenya coalition.

In the Kakamega contest, Fernandes Barasa emerged the winner with 192,929 votes with Malala coming in second with 159, 508 votes.

The Kakamega gubernatorial contest attracted a total of seven contestants.

Barasa garnered 192,768 votes against his closest challenger Malala of ANC
News
3 months ago

No votes stolen, Malala says as he concedes defeat