• Only 18 youth have been elected for various seats across the country, 16 of them are male youth.

• The National Gender and Equality Commission believes affirmative action for women, youth and PWDs is the missing link. 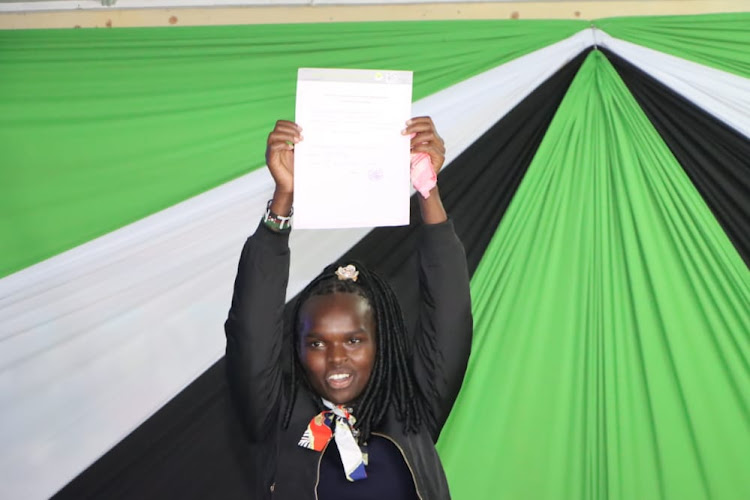 The recent general election has been hailed as one of the most progressive since the promulgation of the Constitution.

Women in particular have celebrated the huge number of their own who vied and were elected to various seats, compared to past polls.

But as the celebrations continue, a significant group of special interest persons remain on the outskirts of leadership.

According to data from Youth Alive Kenya, only two women who were elected in the polls were youth.

“So far, only 18 youth have been elected for various seats in the country, 16 of them men,” Youth Alive said.

The National Gender and Equality Commission (NGEC) corroborates this, saying in a press statement that only Linnet Chepkorir (Bomet Woman Rep) and Cynthia Muge (Nandi Woman Rep), will be young women in Parliament.

“The rest of the youth elected are men with one elected governor of Elgeyo Marakwet, two senators from Nyandarua and Migori counties, and three MPs for Oljororok constituency in Nyandarua, Mumias East in Kakamega and Saboti in Trans Nzoia," NGEC chairperson Dr Joyce Mutinda said.

Mutinda said 11 counties have elected women MCAs, with Kisumu having the highest number at five.

While the two-thirds rule has not been achieved at both Houses of Parliament, Mutinda said county assemblies can still achieve it by complying with Article 177 of the Constitution.

“The commission believes that the enactment of mechanisms to promote affirmative actions for women, youth and PWDs is the missing link in this endeavour,” she said.

She welcomed a pronouncement by the Office of the Registrar of Political Parties to offer psycho-social support to political leaders following the aftermath of the general election.

“The distress appears to have had a particularly devastating effect on young aspiring politicians who will need to be cushioned from defeat, helped to adjust to life and find entry points to serving the country in other positions,” she said.

Perceptions are changing that women are capable of leadership and senior position.
Counties
3 months ago

Crawn Trust says more women were elected in 2022 than in previous polls.
News
3 months ago
Post a comment
WATCH: The latest videos from the Star
by SELINA TEYIE
News
25 August 2022 - 23:00
Read The E-Paper