I will build on Mvurya’s foundation, says Achani as she takes office

Achani promised to support and improve the county's education system.

•The new governor has vowed to build on the foundation started by the outgoing governor Salim Mvurya.

•Achani said Mvurya has left a strong and reliable development pillar that is set to transform the economy and lives of Kwale residents. 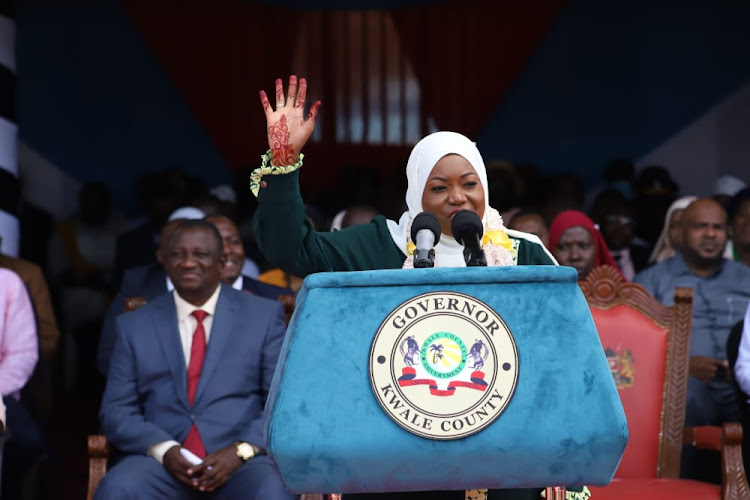 The new governor has vowed to build on the foundation started by the outgoing governor Salim Mvurya.

Achani said Mvurya has left a strong and reliable development pillar that is set to transform the economy and lives of Kwale residents.

“My role together with the deputy governor Chirema Kombo is to build on from where his excellency Mvurya has left,” she said.

Achani spoke on Thursday during her swearing-in ceremony at the Kwale stadium in Matuga sub-county.

She was sworn in alongside Kombo by lady justice Ogla Sewe and Magistrate Joe Omido.

Achani promised to support and improve the county's education system.

The governor said she will improve the budget of the county bursary programme to benefit more Kwale children and help change lives through education.

She said the bursary initiative has constantly inspired good performance among students and elevated the county's education status.

“I commit to the people of Kwale that I will increase the funding of the bursary program to benefit more children,” she said. 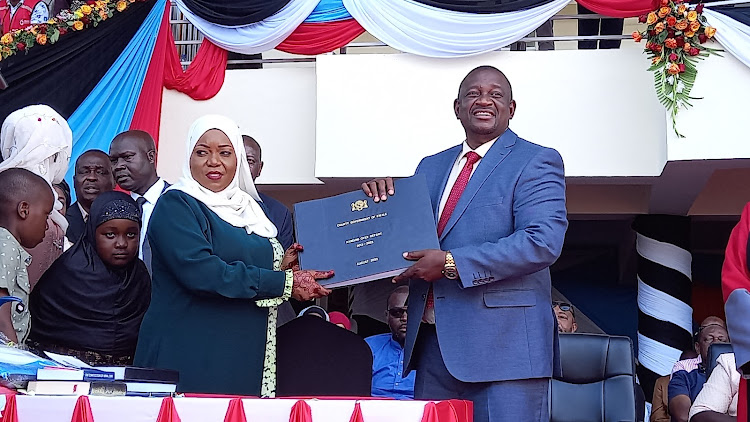 The governor said she is looking forward to improving learning facilities and transforming the Kwale Teachers Training College into a fully-fledged institution.

Achani was happy to inherit the county from Mvurya while a lot of infrastructural development has been established.

She said she will better the health sector to ensure all Kwale residents get affordable healthcare services.

Achani pledged to end perennial water shortage by strengthening the county water system by creating more dams and boreholes for domestic use and agriculture.

The first female coastal governor said she has been tasked with great responsibilities and she will ensure the county development track is enhanced.

Achani said she will run a transparent government where the public will take a critical role in contributing to the county's growth.

“Through public participation, we will involve citizens to decide on which projects they want,” she said.

Achani said she will work closely with the national government to serve common citizens effectively.

The governor thanked Kwale residents and cleric leaders for choosing her as their governor. 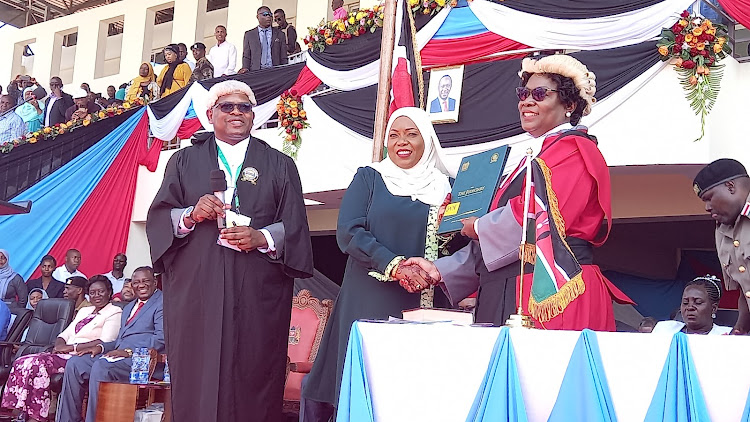 She said her victory has opened many opportunities to many girls and women who dream of becoming future leaders.

Achani said she is grateful to have become the source of hope and inspiration to the society that women can lead.

The governor called on her opponents to join hands in running the government and shun politics of resentment, intimidation and insults.

Achani also called on locals to observe adding that politics are over and it is time to move on.

Mvurya said he has hopes that Achani will take the county development record to great heights.

The outgoing governor said he is proud to have transformed Kwale’s economy and change the outdated perception of women leadership.

He said Achani’s election as governor is a historic achievement and should not be taken for granted.

Mvurya said the new governor will set a good example to girls and avoid teen pregnancies and become responsible leaders in future.

Dena has since then decided to take a low profile and has never commented on anything.